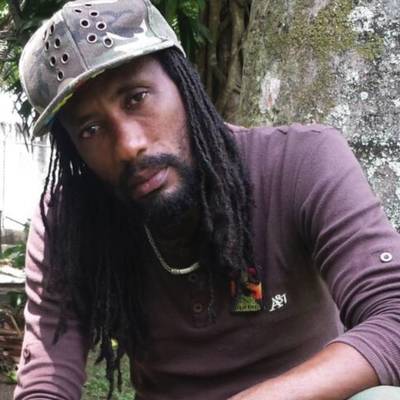 Roots Reggae Dub, Valais – Biography “Music adopted me spiritually as it was ordained by the vibrations of the Almighty – it’s a natural mysticism.” Raised in Jamaica,... Read Biography

Biography
“Music adopted me spiritually as it was ordained by the vibrations of the
Almighty – it’s a natural mysticism.”
Raised in Jamaica, cultural lyrics and a fresh positive-ness are the signs of
his music. His early recordings “Jailhouse” on the Linx Label, “Gi mi di
Weed” on King Jammys, and “The Music” on Trinity records earned him
rave reviews and significant exposure on the local and international music
scene, and after being enlisted on Morgan Heritage's “Family and Friends”
compilation volume 1 with “Can’t Forget The Times” gaining worldwide
recognition, it opened ears for their follow ups volumes 2 and 3.
From the Rebel Salute in Jamaica to the Rotodom Sunsplash in Europe,
Prince Theo has performed on various stages all over the World to
represent his natural gifted talent.
The artist’s vast potential is highlighted in his debut album, “Set the
Captives Free”. His smooth baritone voice expresses a variety of
emotions; rebel soulfulness, joyful crooning and mesmerizing chanting.
Not long after the worldwide success of “Set The Captives Free”, Prince
Theo was added to the Artist roster of Reggae Vibes Productions, with a
number of top songs including “True Lover”, “Seh Feh”, “Just To Be Alive”
and “Missing You” as well as the EP entitled “So Splendid”, distributed by
VP records. A release, which lead to another successful step of strongly
establishing himself in the music business as well as also a musical
elevation.
Currently working on new projects with U.S. and European based
producers, the musical journey continues and the expectation of freshness
is always met by the orchestral melodies of true inspiration from the artist.
“I will always give thanks to the father for his blessings – both musically
and spiritually…” Prince Theo