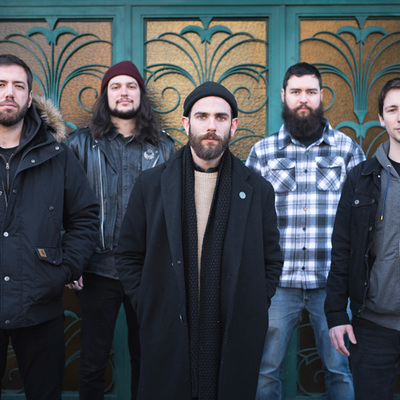 Founded in Geneva Switzerland in 2008, PROMETHEE quickly gathered lots of attention and played numerous shows in Switzerland and France in front of a fast growing public. Releasing its first, self-titled EP in March 2010, PROMETHEE confirmed its status of unavoidable newcomer among the European metal scene, proposing some freshness in the genre both on musical and technical aspects.

Defending its music over all Europe and up to Canada and Cuba, playing great shows and festival, the band got back in studio in late 2011 to record their debut album to be released in October 2012. "Nothing Happens. Nobody Comes, Nobody Goes." will definitely set PROMETHEE on the next level. Gathering prestigious feedbacks from the press (Kerrang!, Metal Hammer, Legacy Magazine) and the public for its technical and musical mastery, the album became an essential part of 2012's European releases.

PROMETHEE developed its image by releasing several video clips, live videos, playthrough and other footage that were seen by hundreds of thousands of fans around the world. Together with hundreds of shows in some more than ten countries, the band's visibility kept on growing and maintained a high momentum.

Finally in September 2015, the band releases “Unrest”, its second studio album with LIFEFORCE RECORDS. Highly awaited, the album had a considerable exposure in Europe and overseas and gathered lots of great reviews as well as high engagement from the band’s fanbase. PROMETHEE spent the rest of the year touring in Europe to present its new songs and building greater project for the year to come.

With years of experience, tens of thousands of fans across the world, PROMETHEE’s motivation is higher than ever! Expect to hear from the band in the times to come!

Registered since about 13 years
Last login on 10 January 2019