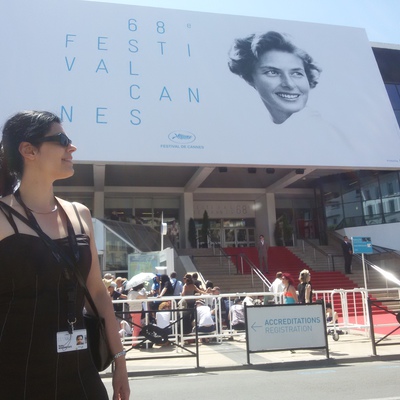 Musique de films, Geneva – Rachel Nusbaumer is a Swiss musician, passionned about music since her childhood. She began to study music at the age of 5, studying the flute and... Read Biography

Rachel Nusbaumer is a Swiss musician, passionned about music since her childhood. She began to study music at the age of 5, studying the flute and the oboe at the Conservatory of Delémont following up Geneva. Meanwhile, she became interested to compose music on a computer, which allows her to play her own composition, instead of having a real orchestra. Gradually, thanks to this new technology, she turned more into the genre of electronic music. This mix of classical and electronic music defines her own musical style.

The fundament for her stays classical however, she loves to mix it with more electronic soundings.The mixture of genres she love is, developing classic harmony with more contemporary sounds. Her influences are either Bach and Corelli, Jean-Michel Jarre or Ennio Morricone.
Her passion and talent for composition has always been grown and she produced several albums: The international compilation “Bands United” in which she participates offers her worldwide exposure and she is contacted to compose music, in Europe and across the Atlantic.

Her neoclassical music has quickly oriented her into film music and sound design. This brings up the next jobs with the Banshee Studios (UK) to compose the music of their video games. In 2006, her composition “Daydreaming” is played at One olympic show in Turin during the Olympic Games. More recently, she has joined the team of the web serie “The Fumble zone” to compose its soundtrack. And also collaborates regularly with Swiss Aerial, a society specialized in high definition aerial imagery.

Beside this she also compose music for promotional clips and soundtracks for short films (Euphoria, Holiday Bloodyday …). In 2015, “L’Inconnue du Parc”, a short film directed by Sébastien Cornioley, for which she composed the music, and is selected at the 68th Cannes Film Festival and this allows her to climb the mythical red carpet.

Registered since about 9 years
Last login on 26 February 2021