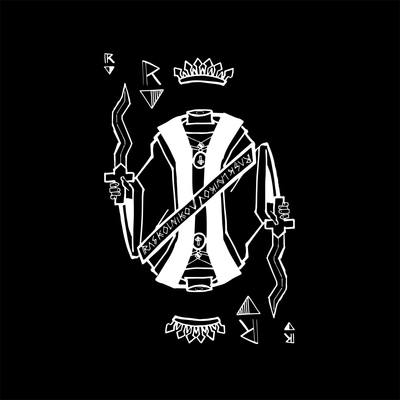 post-punk/alternative..., Geneva – Influenced by the various 'waves' and post-punk of the 1970s and 1980s, the band Raskolnikov offers melancholy, hypnotic and at the same time... Read Biography

Influenced by the various 'waves' and post-punk of the 1970s and 1980s, the band Raskolnikov offers melancholy, hypnotic and at the same time energetic music with an existentialistic lyrical content about the criticism of society, the futile redemption of being and the sadness of existence.
It is a combination of gloomy, buoyant soundscapes from the Coldwave, interspersed with rhythmic and dynamic passages from the Postpunk as well as dense melodic and polyphonic elements from the Shoegaze. A clear and penetrating voice accompanies them and communicates open questions from a first-person perspective about
destruction, anger, obsession, oblivion, regression, fear, failure, pain, regret, fall and self-loss, but not without references to hope. This unordered polyphony of consciousness, which leads to ego division, refers to the band name, which in turn goes back to the protagonist Rodion Raskolnikov from the socio-psychological and moral-philosophical novel "Crime and Punishment"
(in Russian: prestuplenie i nakazanie, 1866) by Fedor Dostojevski, The Russian term "raskol" roughly means schism, splitting off or breaking - thus, the volume's work refers to the break with musical genre conventions, the normative notions of individual and collective being and reason and insanity, loneliness through society and resurrection in society itself:
"The sky is falling" and "it's going to be fine after all".
Raskolnikov consists of Mathieu Pawełski-Szpiechowycz (bass guitar / vocals), Pablo Garrido (guitar / keyboards) and Jérôme Blum (drums), who met in Geneva, founded the band there in 2015 and now operate from Constance (Germany) and Paris. The first album "Hochmut kommt vor dem Fall" has been released by the underground record company Manic Depression Records from Paris
in 2017. The production received much popularity from the dark scene, so that between February 2017 and 2019 the band played more than 70 concerts throughout Europe.
The second album "Lazy people will destroy you " will be released on February 20th.

Registered since over 3 years
Last login on 8 October 2020