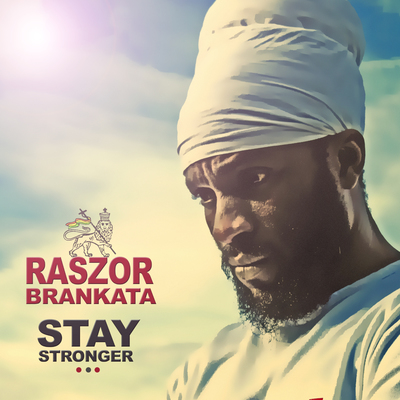 Raszor Bankata is a Ghanaian born international Producer, Songwriter and a Lighting Reggae and Dancehall Artiste, born on the 15th December,1981. Originally born Osman Kobbinah Mensah Hamid, the last born Child of his Soulful Indigenous African Parents and was raised in Sekondi-Takoradi the Twin-City of Ghana.

Music/Early Life
Raszor started out at his early ages, music has been a part of him since he was eight years old. In his early stages at school, he participated in various activities including athletics, music programs/competitions. Even though brilliant at school, Zaszor’s focus from day has been music, his ability to sing renditions and tost caught the attention of his colleagues and teachers. He’s ability to write and perform poems (which can be highted in his music) won him so much affection in school. He subsiquently formed a group, the Burning Soulz.

Burning Soulz (''Da Souls Of The West'') were singing typical African Hip Life (R&B-Rap) and Reggae Ragga in Fanti, Twi and English, Raszor was then known as ''Ex Ray''. Together with his Burning Soulz group, they trilled music lovers along the Coast of Ghana. The little fame they (The Burning Soulz) got from their tours along the coast earned them an invitation to participate in a talent show in the Capital City Accra, Ghana in 1999 by a popular telesion station, TV 3. The group toured schools accros the country after the Tv reality show, they became a fast group in the late 90s.

Raszor Brankata later broke away from his group to persue a solo career after discovering reggae and rastafari. He left his place of birth, Takoradi to the capital, Accra, in persuit of his solo career. In the capital of Accra he met members of the rastafari community where he got more conscientised about the rastafari movement. He later joined the Musicians Union of Ghana (MUSIGHA) after a year of his stay in the capital, where he met many conscious artistes and music bands. His stage name Raszor, was given to him by his peers/friends.

His ability to shock his fans with unpredictable conscious and sharp lyrics earnd him the name Raszor. ''Brankata'' he later adopted in addition to Raszor, which is a Production Machine for Composing Music.

His Departure from Ghana/International Trips
Raszor Brankata left the shores of Ghana to Switzerland in 2004 to pursue his music career. After his two years stay in Switzerland, his ability to trill people with his God given talent was discover there too. He started earning bookings for Shows with sound Systems and Bands. He met many Artistes and Producers from Europe and all over the world through his international tours.

In 2007 Raszor Brankata visited Jamaica in his quest to know more about the Rasta levity and Reggae Music. In an interview he said ‚‘‘ Jamaica is the Cardinal point where ZIONCORE movement‘‘. ZIONCORE happens to be Raszor’s production/record lebel. Same year, he went to Bobo Hills '9 mile' for a short video documentary. He said in an interview, August Town was like Zion and Judgment Yard was full of Blessings. He moved on to Nyahbinghi Hills after and that accomplished his Mission to Jamaica.


In 2009 Raszor Brankata toured South France with ‘‘One Four Nine‘‘ Band and recorded a couple of songs with them, one is the track ''Give Thanks'' tune which was launched in 2010. ‘‘Give Thanks‘‘ is still hitting and touching the Heart of his fans all over the World.

Since 2011 Raszor Brankata is been working Seriously with his extra-ordinary potentials. He’s currently working on his brand new album ‘Stay Stronger’ which is gaining so much international respose even before its release. ‘‘Stay Stronger‘‘ is backed and supported by international Production lebels like, Doobie Sound from Sweden, Grillaras Production in Jamaica, Mike 149 Records and Bassy Production from France.

Brankata dropped a single with 149 Records, ‘Eye Red’ one of the Hit tunes on the upcoming album Stay Stronger. On the 7th January, 2014 he Launched the ''Eye Red'' single, on iTunes and all International and Local marketing Stores and Internet Shops.

He roudly presents to the world his conscious Internationally produced Album ‘STAY STRONGER’ which is going to be launched on the 06th of March, 2016 in Takoradi, Ghana (his land of birth). Watch out for this album’s tour and festival updates from RASZOR BRANKATA.