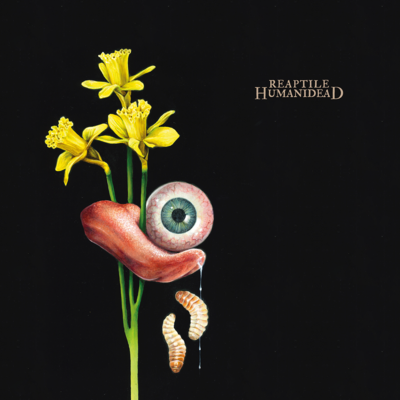 Sludge Hardcore, Fribourg – Reaptile plays since 2016 a dark, powerful and vindictive sludge. Formed in Freiburg/Switzerland by 4 dudes coming from the hardcore punk and... Read Biography

Reaptile plays since 2016 a dark, powerful and vindictive sludge. Formed in
Freiburg/Switzerland by 4 dudes coming from the hardcore punk and stoner local
scene, the combo has released on October 2018 their first 11-track album "Extinction
Chronicles" which illustrates the first 2 years of composition.
In 2020, Reaptile teamed up with Belgian band DETRVIRE to release an intense split at
the beginning of a pandemic. All concerts are cancelled, including a gig with Cro-Mags
and the vernissage of the split.
In September 2022 Humanidead will be released with a new guitarist and a new
drummer. Faster, more violent and even angrier than its predecessors, this new 13-
track, 40-minute LP confirm Reaptile in its uncompromising Sludge-Hardcore identity.
The collaboration with Lead and Sulfur Studio, Flore Lacoste’s artwork and the
contribution of guest artists (Arnaud from Charlene Beretah and Julia from Gøldi) have
given this album its final touch.

Registered since about 1 month
Last login on 18 December 2022