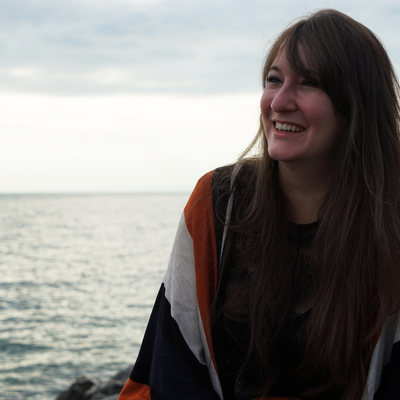 World, Aargau – Rea Hunziker was born in Baden AG in 1989 and grew up in an artist and musician family. Her father Peter Hunziker, the organizer of the concerts... Read Biography

Rea Hunziker was born in Baden AG in 1989 and grew up in an artist and musician family. Her father Peter Hunziker, the organizer of the concerts Jazz in Baden, took Rea to the concerts since she was a little girl. With the age of 9 years, she started to take classical piano lessons, three years later singing lessons.
In 2009, she completed her Matura at the Kantonsschule Wettingen and finished with the major subject music on classical piano with Philipp Meier. With the age of 18, she recorded her first album myJazzLatinBand at Hardstudios Winterthur, as final work for her Matura degree. After that she took preparation classes at the ZHdK.
In 2014, Rea was invited as a Vocal Coach, to be part of the first Art Education-Project babel.überall from tanz&kunst königsfelden.
In 2015, Rea completed the Master of Arts in singing and pedagogy at the Lucerne Jazz School. Rea attended singing lessons and workshops with Lauren Newton, Susanne Abbuhel, Simone Santos, Ithamara Koorax, Dudu Penz, Rodrigo Botter Maio, Peggy Chew, Jay Clayton, Rahel Hadorn, Christoph Stiefel, Nat Su and Hans-Peter Pfammatter. Besides her concert activities, Rea teaches pop / rock singing and vocal training at the music schools Rain and Hitzkirch.

REA SOM is a Swiss band, dedicated to Brazilian music. Head of the band is the singer and composer Rea Hunziker.
In the summer of 2007, Rea traveled to Brazil for the first time and came back with impressive memories of the country, music and culture. The singer was so fascinated from the Brazilian music, that she founded REA SOM. Rea began to emulate the great Brazilian women voices Maria Rita and Elis Regina, learned Portuguese and soon started to write her own lyrics.
Since 2011, REA SOM has played concerts all over Switzerland (eg. Jazz in Baden, Sternenkeller Rüti, Blue Balls Festival Lucerne, Voices Festival Ettiswil, Jazz in Sarnen).
In 2013 the first music video of the band was released for the song Muito Pouco, a composition of the Brazilian musician Moska.
With the age of 25, she released her first REA SOM CD Não pare de cantar (self-published). Rea and her guitarist were invited to Berlin (D) to play an exclusive concert at Salão Transartes, the center for Brazilian culture in Berlin. A year later the dancer Melanie Fuentes choreographed a dance choreography for the title song Não pare de cantar, which can be seen in the second music video of the band.
After another stay in Rio de Janeiro, Rea wrote her first compositions and worked out her vision of REA SOM with her musicians. Many of the lyrics inspired by her stays in Brazil, deal with life’s questions and recurring emotions. These songs speak of endless horizons, drifty longing, laughing children, images in the heart and the magic of life.
On March 9, 2018, the second REA SOM album Arte Calma will be released on Unit Records. On this album you can hear all compositions from the singer herself. The CD was recorded with Martin Schenker (guitar), Jonas Künzli (bass), Samuel Messerli (drums) and Alejandro Panetta (percussion) at the Hardstudios in Winterthur with sound engineer Andy Neresheimer in October 2017 and is a co-production by Radio SRF 2 Kultur.
Within this multicultural band, famous musicians from the Brazilian jazz scene are featured, such as the saxophonist Rodrigo Botter Maio, the percussionist Alejandro Panetta, the pianist Simon Althaus or the percussionist Freddy Benitez.