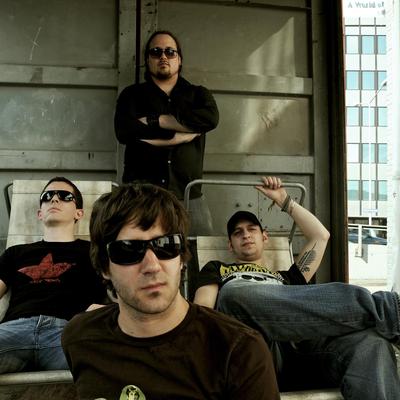 Rock, Zürich – If you want your rock songs to come across convincingly, you need either an inimitable voice or pretty dammed good songs. Or both in the case of... Read Biography

If you want your rock songs to come across convincingly, you need either an inimitable voice or pretty dammed good songs. Or both in the case of redcharly from Zurich. Their debut album “Shot By The Muse” launches in October 2008 and scores in each of the categories: Inimitable Voice and Pretty Dammed Good Songs.

With redcharly's musical influences ranging from indie through dark pop to free-wheeling US rock, “Shot By The Muse” combines cool riffs and wondrous melodies. Contemporary rock songs that rock ice-cold but which are never at a loss for a catchy refrain. All the while, Michi Frei's incisive voice lends each song a directness second to none.

The four guys have been working on their debut CD for three years non-stop. Michi writes the songs before teaming up with the other three band members to arrange the new material — over a series of rehearsals too many to count. Plus, redcharly have found in the person of Matthias Hillebrand-Gonzalez a producer perfectly attuned to their style and their attitude. Working in close consultation with the band, he gave the songs a final finish before meticulously recording the best twelve. The result is an album of international format.

Some of songs deal with social issues such as violence (“Step Up”), racism (“The Plot”) and possessing weapons (“Soldier”). Others deal with the dark side of the soul, even daring a look into the abyss. The subjects here move from the loss of a big love (“Stuck”) and self-destruction (“Everything Burns”) to the celebration of obsessive fantasies (“Colder”).

The guys from Zurich are no newcomers to the scene, having already whipped up waves of enthusiasm as the back-up act to Lovebugs and Helmet. Over the last three years, they have played over thirty concerts at name clubs in Switzerland such as Abart, Mascotte, Schüür and Salzhaus Winterthur.

Their first single (“The Plot”) has been on Swiss airwaves since July 2008. But in October 2008, the waiting will at last be over as redcharly release “Shot By The Muse” on Gadget Records.

Thanks to the pretty dammed good songs and Michi Frei’s inimitable vocals, this is an album that no-one will want to miss.