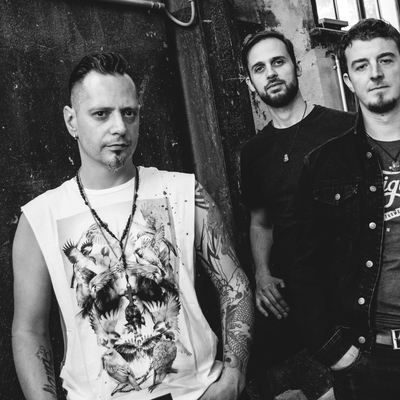 Rock, Zug – Redeem - Awake Direct, compelling and uncompromising: this is Redeem in 2016. Their new album is titled “Awake”, and it’s the proverbial wake-up... Read Biography

Direct, compelling and uncompromising: this is Redeem in 2016. Their new album is titled “Awake”, and it’s the proverbial wake-up call to a world that has seen better days. But anyone who thinks Redeem is all about doom and gloom is mistaken.

After “Eleven” and “999”, the band now presents its third LP, “Awake”; as always, it is uncompromising, direct, and driven by an extraordinary dynamism. The album distils everything that makes life what it is: love, hate, highs, lows, joy and suffering. Fuelled by a passion of exceptional intensity, the songs – penned by Stefano “Saint” Paolucci – storm their way out of the speakers and into the ears and consciousness of the listeners, where they ultimately take root. Redeem in 2016 sounds raw, powerful and full of energy, as passionate as ever, but with a new note of independence. Within just a few months – the songwriting for “Awake” began in September 2015 – Redeem has succeeded in producing an incredibly compact and powerful album. With “Awake”, the trio remains true to the path it set out on more than ten years ago. And it shows that, despite a long history and a wealth of experience, this band isn’t ready for the scrap heap yet. On the contrary, Redeem is experiencing a new awakening!

Registered since over 14 years
Last login on 20 September 2019