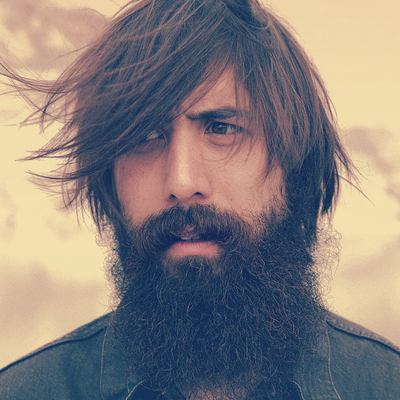 Pop, Zürich – Like driftwood, Reza’s music has a gnarley, yet velvetly touch with the whirls and weathers of a lifetime perceptibly engraved. His sonorous voice... Read Biography

Like driftwood, Reza’s music has a gnarley, yet velvetly touch with the whirls and weathers of a lifetime perceptibly engraved. His sonorous voice carves through the fibres, marking his debut record Depths of Montmartre with a vigorous pattern in every shade of black.
Driven by an epochal force this record rushes over bleak, mysterious glaciers and through rousing metropolies – saluting Talk Talk and Peter Gabriel while never being anything else but Reza Dinally. Produced by grammy-winning David Odlum, former guitarist of The Frames and recent collaborator with Gemma Hayes and Paloma Faith,the sessions yielded 10 fabulously emotional songs.
During his musical journey Reza has participated in many a formation, each of which has not only solidified has standing within the alternative Swiss music scene but has also accompanied him to where he is today as a musician : The last years have seen Reza build a growing reputation for his disarmingly intimate showcases as a solo artist and opener for Emilian Torrini, Ryan Bingham, Newton Faulkner, and Tim Robbins.