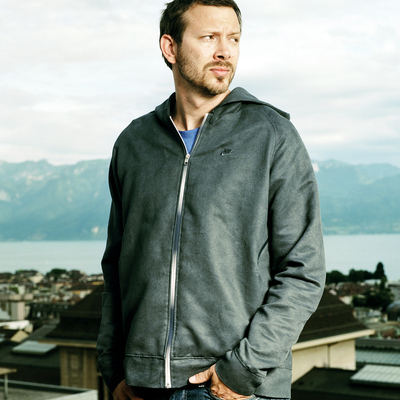 Raphaël Ripperton has been djing since 1993. He's played in bands (Reasons, Soul Merge), he run his own label, Perspectiv Records and he's produced and remixed an endless run of 12" over the last years. As lazy fat people (in collaboration) he has put out singles on Border community, Wagon repair and on Carl Craig's Planet E.

Solo, Ripperton has released on Connaisseur, Sthlmaudio, Liebe detail and many more top labels. He has also delivered remixes for Laurent Garnier, Radiohead, Patrick Chardronnet, Beanfield or Steve Lawler. He was compiled by Steve Bug, Loco Dice, James Holden and many more on famous compilations during the last years.

He also makes collaboration with his firends Alex & Stephane Attias and Agnès.

As a dj Ripperton spins the melodic and lush end of house, minimal & techno. Definitively one of the most creative swiss dj's nowadays, Ripperton is a perfect chameleon of electronic music.