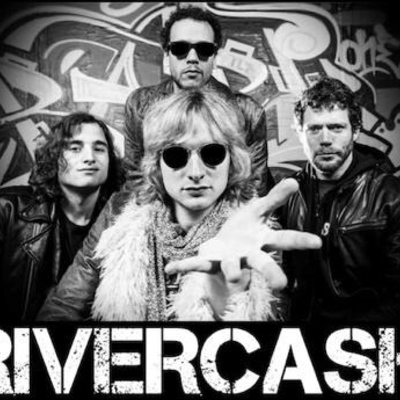 Rock, Zürich – Rivercash formed back in 2009 with Cherry T and Shaun. Pleased with their song writing results, they kept a lookout for other musicians to join the... Read Biography

Rivercash formed back in 2009 with Cherry T and Shaun. Pleased with their song writing results, they kept a lookout for other musicians to join the band. Auditions and jam sessions dominated several months and the band experienced several reformations.

Despite a couple of changes to their crew, they didn’t let that bring them out of tune. And they were right not to do so.

In 2012 Singer Nick and guitarist Pete joined the quest and Rivercash was ready to revitalize this Generation with their own personal contribution to Rock n’ Roll. Influenced by a variety of genres and inspired especially by bands such as Led Zeppelin, Guns N’ Roses and Rival Sons, Rivercash has written songs which should be a new flavour in the big gumbo of Rock as we know it.

Despite the curse of 2012, Rivercash got a lot of work done under the pressure, just in time ! In March this year they issued their first 5-Track EP “White Pearls”, available for your listening pleasure online, and in July they aired their first music video to “Love Tax”.

Registered since over 9 years
Last login on 6 May 2016