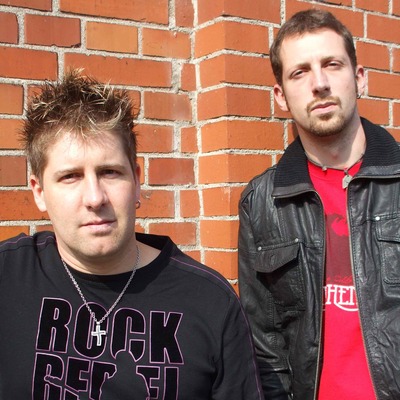 ROCKCOUSINS is a new ambitious rock band from Switzerland formed in 2008. It's a side project of nextmile's guitarist/lead singer Manuel and nextmile's drummer Raphael. Both members also have played in other bands and musical projects before. Therefore they bring in long musical experience.
In 2008 the two multi-instrumentalists recorded and mixed a selection of six songs at their home studios primarily for promotional use. This promo/demo EP "CARNAL" is available as digital download now – at iTunes, Amazon, Napster, Rhapsody, eMusic and other online music stores worldwide!
A wide variety of influences can be found in ROCKCOUSINS unique, intense and honest music – mainly rock, but also other musical styles like blues or country. Influences are: U2, the Cure, Coldplay, the Fray, Our Lady Peace, Matchbox Twenty, Bruce Springsteen, Bryan Adams, Tom Petty, Keith Urban, Tim McGraw and many others.
From time to time Manuel and Raphael are working on their first entire album. ROCKCOUSINS goal is to release the upcoming album on an international label. They are also looking for additional musicians to form a live band for a promo-tour later on.
At the moment Manuel and Raphael are busy with their main project nextmile. After five years of hiatus nextmile are back in 2011 with a full length album version of their EP „highfly" – their best EP so far. The new entire album "highfly (10th anniversary deluxe edition)" is the first digital release of any nextmile music - available now - at iTunes, Amazon and other online music stores worldwide!
It contains every recorded song of nextmile until today – all the songs of the EP „highfly", two new songs and some older demos – a very good deal! The new songs „night streets" and „lonely heart" are available as digital singles too.

Registered since about 11 years
Last login on 3 December 2018