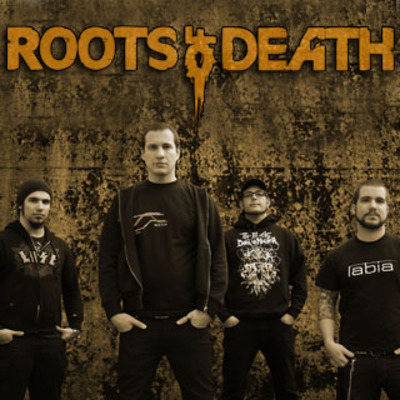 Metal/Punk, Metal, Ticino – Formed in 1999 under the name of Everlasting Metal , after various line-up changes, ROOTS OF DEATH become reality in 2002. With strong roots in... Read Biography

Formed in 1999 under the name of Everlasting Metal , after various line-up changes, ROOTS OF DEATH become reality in 2002. With strong roots in thrash and death metal, the band has developed its own sound which mixes thrash/death metal with hardcore influences, allowing them to beautifully express their power and technique. This combination has quickly made them one of the most important metal bands in their area, allowing them to play many gigs, including an opening act for Paul Di Anno (ex-Iron Maiden). After the release of a couple of demo-CD's, in December 2005 the band published the mini-CD "Saturation Point" under the small independent label Sonic Breed Records. Following its release the band have performed many concerts around Switzerland including supporting slots for well known international acts like Sepultura (Bra), Soulfly (Bra), Madball (Usa), Terror (Usa), 5 Finger Death Punch (Usa), Dark Tranquillity (S), Dew Scented (D), Carnal Forge (S), Flashcrawl (D), Sinister (NL), Asphyx (NL), Cataract (CH),… In April 2007 ROD won the Swiss selection of the WOA Metal Battle, gaining the honour to play later that year at the prestigious Wacken Openair, the most important metal festival in Europe. The band has finished the recording of its first full length CD that will be released on May 7th 2010 and distributed worldwide through Non Stop Records / Twilight-Vertrieb

Registered since about 14 years
Last login on 15 January 2013