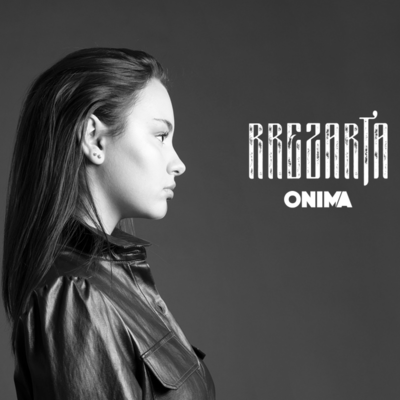 Pop and classical, Zürich – Rrezarta a 16 year old girl who moved to Switzerland 2 years ago from Iceland. She has 3 sisters and her passion is music. Rrezarta Bojaxhiu... Read Biography

Rrezarta a 16 year old girl who moved to Switzerland 2 years ago from Iceland. She has 3 sisters and her passion is music. Rrezarta Bojaxhiu Jónsdóttir (born July 30, 2004 in Reykjavík, Iceland) is a pop and a soprano singer who has been singing since she was 5.
Rrezarta began singing at a very young age and from that day she was discovered of having a talent. Not long enough till her parents were sending her to take singing lessons and going to singing schools in Iceland. She was in a Singing School in Reykjavík and was there for 6 years. As she was continuing in that school, at the age of 7 they also saw that she also fell in love with classical music. They didn’t think it would turn into something, but wanted to see if it would do something for her future. So they auditioned her in an Opera play called Baldursbrá (Camemille). She had to sing, act and dance. Surprisingly, she passed which leaded 4 years in that play. At the age of 11, she started taking classical lessons which leaded her taking part of a competition of all schools and won first place. She didn’t forget her pop voice as she also took a part of Iceland got Talent in 2015 and got 4 yeses. It also leaded to a great success. Not long enough till that she also took a part of a Christmas Star ,competition and landed in the second place. She was also part in the serial “Söngvaborg 7” which also showed that she can act. This all lead to a great success that in 2016, she made her first single “Nena” in Albanian ( Mother). In 2017 in June, Rrezarta moved to Switzerland, leaving her singing schools and singing lessons in Iceland. At first it wasn’t easy for Rrezarta but then she liked it , Then she start singing lessons in Zürich. In 2019, she was invited To Voice Kids Germany . blind auditions iRrezarta sang “Nessun Dorma” by Puccini and got a 4-buzzer. All of the judges and the audience wowed and stared in a gaze. In the end, Rrezarta chose Lena Meyer Landrut, the winner of the Eurovision Song Contest 2011 with the song “Satelite” to be her coach. Rrezarta vent to Semifinal in the voice kids Germany season 8…..