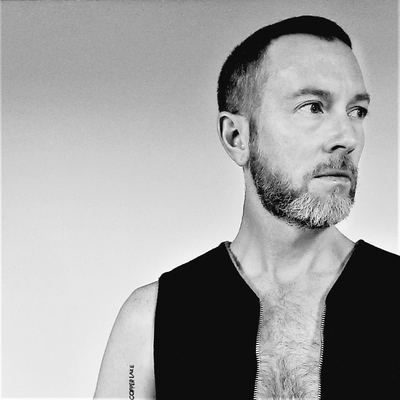 Pop, Bern – Alternative-pop musician and visual artist Ryan MacGrath was raised in the countryside of Nova Scotia on the east coast of Canada. His music blends... Read Biography

Alternative-pop musician and visual artist Ryan MacGrath was raised in the countryside of Nova Scotia on the east coast of Canada. His music blends dark, catchy melodies with poignant lyrics, cinematic arrangements, and emotive singing - each song seems to have been written for the ending credits of a heart-wrenching indie film. With comparisons to Nick Cave, Roy Orbison, David Bowie, Brandon Flowers (The Killers), Rufus Wainwright, and Matt Bellamy (Muse), it’s no wonder that MacGrath has been hailed as a “rising star” in his native Canada and beyond.
It’s been eight years since the release of his award-winning debut full-length album, Cooper Hatch Paris, and MacGrath now lives in Switzerland. In 2013, while living in Austria, he released an EP entitled “The Pink Lark” and toured extensively throughout Europe in support of it. “I tried several times to make my second full-length record while living here (in Europe), but it just never worked out. I felt like I was trying to make a record that didn’t belong to me; I couldn’t properly service the songs – I was too distracted”. In autumn of last year, however, he finally recorded the nine songs that make-up THAT WOODS, his sophomore LP and fifth record to date. Working with long-time friend and Canadian producer Dale Murray, MacGrath found the perfect combination of trust and experience to bring his songs to where he felt they should be. “I’m a fan of Dale’s intuitive approach to producing and of his guitar playing, and he’s a fan of my song-writing. We talked about making a record for years, and eventually our schedules aligned so I could get to his studio in Nova Scotia. We spent two amazing weeks recording, eating, drinking wine and laughing. I think I needed to be “home” in order to make this album; to feel grounded while doing it”.
THAT WOODS is also the title of the first song on the new record, and its opening lines hint at one of the album’s overarching themes: loneliness.
“In the woods at the base of a mountain / lives a man inside a cabin / There he rocks by the light of a lantern / there he waits for company”
“When I chose which of my songs would appear on this album, I wasn’t consciously thinking that they would reveal this theme. I thought that they complimented each other musically, but it wasn’t until I heard the first mixes, and heard them in sequence, that I realized what they were expressing as a whole”.
The album, though leaning towards the melancholic in its first half, eventually becomes lighter and more playful (a characteristic that can be found in MacGrath’s earlier recordings as well). The electric guitars become softer, the drums more sparse, and the intensity more refined. It sounds as if a sort of forgiveness and awareness is reached during the second half, making the conclusion of the record one of personal growth rather than brooding. The lyrics in the chorus of MANY VOICES MAKE THE CHOIR suggest that the loneliness has been replaced by an appreciation for togetherness:
“Everything is small when it starts / Look at how the greatest loves were a spark / Fanning a flame to a raging fire / Many voices make the choir”
The contrast between light and dark, and solitude versus community is also a subject that appears in his visual art. Predominantly focusing on stylized landscape paintings, MacGrath creates images that abound with vivid colours coupled with intense blacks; sharps edges and soft curves. He has begun a series of paintings to accompany the themes of the new record, and plans to exhibit them at selected concerts this coming autumn.
THAT WOODS will be released worldwide on Sophie Records (Switzerland) in October, 2018.

Registered since about 3 years
Last login on 30 August 2018