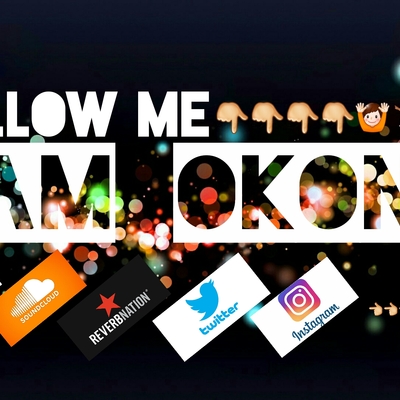 Samuel Bosompem (born May 27, 1992) also known by his stage name SAM OKONA (Formerly Sam Bos) is an English-speaking language Rap Artist, Singer, Songwriter, Activist, and a Typist from Africa, born in Abidjan, Treichville, schooled in Ghana and spends time in Abidjan during school vacations and holidays. He has been influenced by great rappers like 2Pac, Eminem, T.I, Bone Thugs & Harmony, Three 6 Mafia, Nelly, Soulja Boy, Big Sean, Fabolous, Pusha T, YG and on the other-hand side he's being influenced by great musicians like Lucky Dube, Don Williams, Bryan Adams and the Legendary Ghanaian rapper Okyeame Kwame. Sam Okona is also well-knowned for his lyrical contents and rhymes, especially the combination of English & French to rap in his songs and also rapping to Zouk & Reggae music, making him one of the best artiste, simply being versatile.

MUSIC CAREER
Sam Okona started writing his own raps as young as a kid at the age of 14 during his grade 8 at Nazareth Preparatory Junior Secondary School (Nazareth JSS). Soon after the completion of his Junior High School studies in April 2007, Sam Okona announced to school mates that he considered rap as a soul, life, wife, book, talent and everything he had ever wanted in life as a young boy writing his own raps by inspiration. In early September 2007, Sam Okona started attending Takoradi High School, studying Business Management and other courses without leaving behind the music scene. He then started pursuing his music career as a reader, backup dancer, and MC for his secondary school during his first year class, sometime in 2007 at the age of 15 at Takoradi High School. Sam Okona then went on to make his first ever Mixtape dubbed ''Check The Beans'' early February, 2009 which featured some of his school mates. The ''Check The Beans track'' gained a massive recognition and positive critics in the school and around the city as well. During that same year, he also featured in a friend's Mixtape entitled '' My Baby Mama ''. In October 2010, after completing his Senior High School studies (Business Management, Economics, Typing, Computer, Office Duty etc.) he then came back to Abidjan to pursue his music career. In March 2012, Sam Okona recorded his second Mixtape ''Babi Conquer'' a cover of Eminem's "No Love''. '' Babi Conquer '' which was recorded in KC JARMA STUDIO at 2 Plateaux. The "Babi Conquer" also received a massive critic thus positive and negative after his first performance in JOLLOF BAR, ARAS 2, Treichville which peaked at a higher position in most clubs. After two months later, Sam Okona recorded his first Dance floor/Electronic song entitled '' Eternity Love '' which also gained recognition but unlike his previous Mix-tapes. After two years of silence, Sam Okona returned into the music scene early 2015 with an emotional, epic, sorrowful song named ''Douleur'' which Featured Rodrigue Israel and (Jaden, the sound engineer) recorded in the month of March and released on the internet for free downloading and online streaming two weeks after. ''Douleur'', A song that aimed at pain, hustle, suffering, false accusations and allegations, hope and achieving success. The song ''Douleur'' gained much recognition all around of Abidjan more than all of his previous hits. Soon after the release of his single ''Douleur'', Sam Okona took it to another level by recording another inspiring song ''Dear Mama'' which Featured Rodrigue Israel and Capitaine Greg, purposely dedicated to the memory of his late Mother, Lost Souls and to all the Mothers around the world. The themes of most of Sam Okona's songs revolved around the violence and hardship in inner cities and other social problems. Both his parents were Ghanaians who came to Abidjan to achieve their goals and to make up good efforts for their children. His late Mother was a prophetess before she passed away of a serious sickness July, 2014, whose ideals mostly reflects him in his songs.