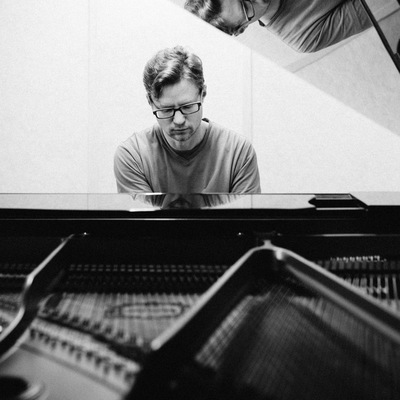 Jazz, Bern – Samuel Jersak was born in Tübingen and grew up in Reutlingen. At the age of seven he started to play classical music, as a teenager he played... Read Biography

Samuel Jersak was born in Tübingen and grew up in Reutlingen. At the age of seven he started to play classical music, as a teenager he played keyboards in rockbands and learned to play the church organ.

At the age of 18 his love for jazz flared up, which led him to study jazz piano in Frankfurt, Cologne and Nuremberg. His teachers include Hubert Nuss, Bill Dobbins, Martin Schrack, Steffen Schorn, Dave Liebman and many others.

Towards the end of his studies he began his collaboration with the Berlin singer Sarah Kaiser. Concerts all around the globe and an Impala Award impressively tell of the successful concerts and CD productions.

In 2007, the first CD "Journey To Sydney" by Samuel Jersak appeared in a pianotrio line-up. The song "Bridge By Night" climbed to #1 in the German itunes jazz charts, and Volker Doberstein from Jazzpodium wrote: "If you wanted to describe this clever and wonderfully catchy amalgamated music in one word, it would be quite old-fashioned ‘stylish’ or ‘aesthetic’."

In 2009, the follow-up album “green land” was released, which presents itself as a consistent development of the first album and shows a mature, self-contained pianist who kindles dynamic fireworks with his trio (Axel Kühn, bass and Marcel Gustke, drums).

The songwriting of Samuel Jersak is deliberately simple and leaves lots of space for the band members to communicate and interact with each other. Thomas Siffling, Mannheim based trumpeter, curator and artistic director of the Jazzclub "Ella & Louis" sums it up: "The composer and pianist Samuel Jersak succeeds the masterpiece of turning catchy, pop-oriented songs into music of unusual depth."

In 2010, Samuel Jersak entered a personal crisis that did not stop him from producing CDs for other artists and touring as sideman with various projects around the world. But it led to a blockade of his own career. This artistic crisis did not come to an end until 2018, when his personal situation changed, which led to his moving to Berne in Switzerland. This was accompanied by the necessity to complete this difficult period of life with a project album and to return with a solo album first to the studio and then back on stage.

Similar to how Keith Jarrett processed his chronic fatigue syndrome in 1998/1999 and found his way back to music, Samuel Jersak is with his solo album "The Melody At Night, Without You" exactly twenty years later than Jarrett back on track, interpreting standards focusing on the melodies and simpleness of the songs.

The album, which will be released on October 18th, 2019 on the Berlin label ‘erlkoenig records’, will be accompanied by the "The Melody" tour, which he will accomplish in the trio settings as well as in selected solo recitals.

He had or has lectureships at UdK Berlin, Bundesakademie Trossingen, HfK Bayreuth, HfK Tübingen and Hochschule der Künste Bern.

Registered since over 1 year
Last login on 21 February 2020