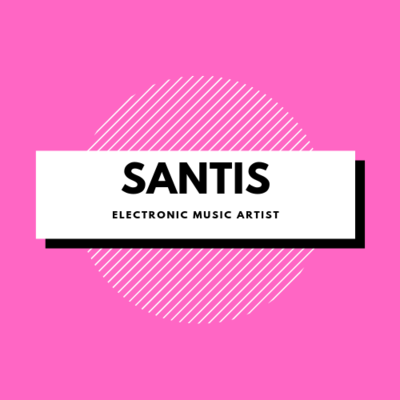 Electro, Geneva – Santis is a producer and dj who lives in Geneva. His genre goes from melodic "Techno" to groovy "Electronica & Tech-House". Many catchy synth... Read Biography

Santis is a producer and dj who lives in Geneva. His genre goes from melodic "Techno" to groovy "Electronica & Tech-House". Many catchy synth patterns played live, beside a groovy electronic beat, is the artistic line of the concept. Santis wants to make people understand what is happening during the live show, and the creative process. The concept is about producing and playing music in a live performance where, the « programmed aspect » of the machines, easily blends with live play keyboard phrases.

Born in the Philippines, his career started 14 years ago and he began music at the conservatory. A rapid turn into improvisation and jazz led him then focus on musical arrangement theory at the School of Music Technology in Geneva. Alongside this multi-horizon background, the solid relationship between live-playing and programmed electronic music has always been there. As a keyboardist, Santis shows that an electronic live performance, « doesn’t have to look like someone reading his e-mails behind a computer ». As the artist says «  I like the idea of performance when playing music. Clip launching in Ableton only, it annoys me. »

Inspired by artists such as Disclosure, Paco Osuna and even Dirty Loops, Santis is currently working on his next album, to be finished in March 2019. Last year, he also founded its own company « Gimmemusic », which produces and scores music for Tv, Films and other media. He recently scored various Tv ads for Swiss Tv, as well as, a short film for the 48H film festival. Santis also organises workshops and masterclass, about audio mixing, production and arrangement too.

Registered since about 2 years
Last login on 4 March 2019