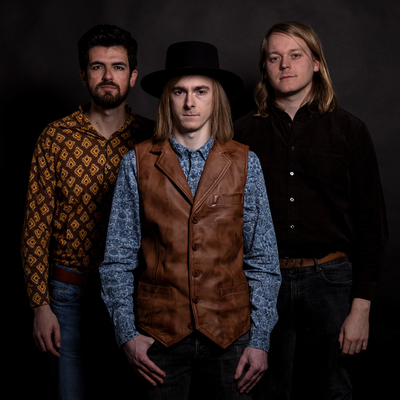 "Metal is tested by fire, a man by what he says."
(Takeda Nobushige, 1525 - 1561)
As the wafts of smoke and mist in the fields cleared, the wise samurai Nobushige knew that the time had come to engage with words. In addition to his activities as a general, the man drew his pen and searched for the true content of life. Although you can stop your opponents with sharp blades, the real greatness lies in the spiritual attitude.
When the smoke clouds cleared in the rehearsal room, Sapporo Samurai knew that the time is right for pithy and fearless rock music. The group, founded in the small Swiss town of Zofingen, Aargau, is creating a new dynasty for the fruitful revival of the leather and jeans riffs, a foundation that is not only based on sake. Vintage rock with hot running amplifiers, songs that approach the wisdom of that time in a new way.
Started by frontman and guitarist Stephan Theis in the summer of 2018, the goal of this band has always been to bring new energy to the charms of old greats like Montrose, Spooky Tooth or Thin Lizzy. And that succeeds excellently. Completed by Marco Marinelli on drums and Marc Wermelinger on bass from Lucerne, the trio shows itself with the mental power of the Japanese fighters, with sharp riffs, which also stand up to a katana and a thundering interplay between bass and drums, which triggers a real tremor. Nonviolent of course, the feather wins also here.
When the mist cleared, Stephan Theis knew during his visit to Japan how intensively the forces of nature can rage - and found the band's name in this realization. After an earthquake in September 2018, the town of Sapporo had to endure three days without electricity - a circumstance that will not happen to this trio. Energetic, grooving and forward-looking - this is how songs like "Brain Teaser" or "Bleak Man" present themselves. Sleek, thoughtful and born in fire, Nobushige's words are effortlessly transferred to the music. There is no need for a battlefield, the power can be found in the instruments and the lyrics.
And if a successful general can turn from violence to literary wisdom, then every lover of rock music will surrender to Sapporo Samurai without difficulty. For a new trial by fire, for a continuation of the rock virtues.
Michael Bohli / 25.03.19