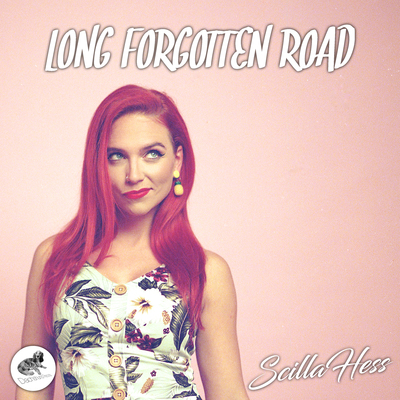 Pop, Ticino – Scilla Hess is an award winning pop/jazz artist. Originally from Switzerland, now based in Los Angeles. She is fluent in multiple languages... Read Biography

Scilla Hess is an award winning pop/jazz artist. Originally from Switzerland, now based in Los Angeles. She is fluent in multiple languages English, Italian, German, and French, by having a European background and being born to an Italian father and Swiss/German mother. Scilla is a 15 years experienced vocalist and performer with talents of performing and song writing in different genres of music.
Scilla Hess started taking singing lessons at the age of 12 at the Swiss Italian Conservatory studying opera. She then explored the contemporary genres of music at the “Accademia della voce” of Milan and later studied singing, dancing and acting at the “Scuola Del Musical” of Italy’s renowned Broadway musical director Saverio Marconi, in Milan. In 2010 she moved to Los Angeles to study Music Business at the Musicians Institute of Hollywood and then Music Production and song writing at the UCLA (University of California, Los Angeles).
Her music as an artist features pop, jazz, cabaret and burlesque influences, inspired by artists such as Amy Winehouse, Etta James, Ella Fitzgerland and Adele.
As an artist she was in the Swiss national final of the “Eurovision Song Contest” and she appeared on various major network TV shows like “Switzerland’s Got Talent”. Her songs have been played on major radio stations in Switzerland and she has been featured by the Swiss press multiple times, appearing on the cover of the well known Swiss Newspaper “20 Minuti”.
As a song writer she won 2nd prize at the Hawaii song writing festival 2015 for her song “Sometimes”, opening the “Hit Makers Concert” on the Big Island of Hawaii, featuring such hit songwriters as Brett James, Al Anderson, Gary Burr, Georgia Middleman, Glenn Philips, Adam Zelkind and Jason Blume. She also won several international and US awards for her song “Champagne and Sugar” that was placed in the award winning movie “Muffin Top” released on Netflix.
She also got a major label artist cut with KC & The Sunshine Band on their next album.
Her new self-titled album “Scilla Hess” has been digitally released on January 13th 2017. Featuring several collaborations, Scilla Hess produced most of the songs with Chris Wonzer, former sound engineer of Linda Perry (4nonblondes). He worked on over 70 major label releases (19 certified platinum) and has recorded with Christina Aguilera, Pink, Macy Gray and many others.
Her songs like “California Sunshine”, “Only Mine” and “If I Was A Man” are currently playing on heavy rotation on all the Swiss Italian radio stations (Rete Uno, Rete Due, Rete Tre, Radio Fiume Ticino, Radio 3iii). Scilla Hess is currently touring with her band playing her new self-titled album in Europe. One of the biggest festivals she will be playing at the end of the summer is “Blues To Bop” in Switzerland (artist like B.B. King and Macy Gray have played this festival in the past).

Registered since over 11 years
Last login on 3 September 2020