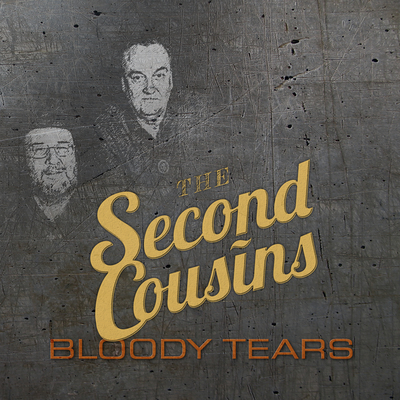 Deep Blues from Switzerland (By Richard Koechli)
«Deep Blues», that’s what nowadays the traditional music from Chicago, Louisiana or Mississippi is called, and it’s a very rare thing for this kind of music to come out of Switzerland. So, even more pleasant, every now and then such a credible marvel surfaces, and deep it is from the first to the last note! A quite proper mix of electric Chicago Blues, rough Mississippi tones, swampy Louisiana feel and lively New Orleans grooves. Swinging, sweaty, mesmerizing. Nett and Bislin take turns singing and playing guitar, the entire quartet harmonizes splendidly. Idiosyncratic the two singers tell their stories ... taken straight out of long life experience and miles apart from any parody.
Cla Nett and Kurt Bislin are going after that particular feel of the Blues, encompassing it with devotion and respect and play it, far from any three-chord banality, honest and pure. Cla Nett (then leader of the Lazy Poker Blues Band) and Kurt Bislin first met back in the late 80s at legendary Atlantis Music Club in Basel, Switzerland. As a member of the Burton Brothers Blues Band (Larry and Aron Burton of Albert Collins’ Original Icebreakers descent) from Chicago, Kurt Bislin stopped there for a three day stint while touring Europe. On the second night Cla Nett was invited by the Burtons to sit in with the band and he played an outstanding set. Nett and Bislin kept contact and, over the years, off and on met on-stage. On one of those long nights of music and talk, to their big surprise they eventually found out they were related … second cousins … their grandfathers had been brothers! The two veterans of the Swiss Blues scene now make a joined effort under the name “The Second Cousins”. Shorty after they founded the new band, they were invited to play the 2016 Lucerne Blues Festival. During their set legendary Blues singer/bassist Bob Stroger joined the band on stage to sing three songs. Furthermore the band played numerous club gigs and also appeard on the Tipitinas stage at the legendary “Badenfahrt” in 2017.

Registered since about 1 month
Last login on 30 March 2021