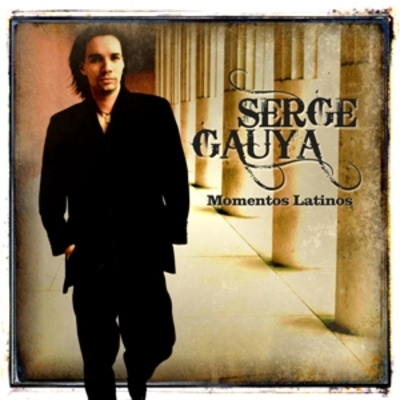 World, Valais – Serge Gauya "Serge Gauye", is a Swiss Singer and record producer born in Switzerland in 1977. Aged four he studied music theory and piano in the... Read Biography

Serge Gauya "Serge Gauye", is a Swiss Singer and record producer born in Switzerland in 1977.

Aged four he studied music theory and piano in the conservatory of Sion, Switzerland. At 15, Serge in Paris he release his first single "Much Money". In France he had several tours with international artists such as Imagination, Pussy, Th Express…. During this time in Switzerland he also studied natural medicine in Geneva and in Paris.

In 1998 he directed the music for the film The Gray Way in Los Angeles, USA. Back in Europe, he participated in some fashion shows in Geneva and Milan.

Serge is an adventurer and travels the world and participated in various projects with national artists including Racine Sagath in Cameroon and produces several Chill Out tracks for Asian markets.

Serge travel the world and his love for travel has taken him many times to Latin America. His first album in Spanish “Me siento Latino”, holds a leading position on the radio in Ecuador. He has participated in numerous television programs, and toured throughout the country.

In 2007, he signed his first album Me siento Latino in the US with an American record label, Mojito Records, distributed by Warner. The song of the same name won the Award for best pop song of 2008 in the "Premios Estrella Music Awards" at the James L. Knight International Center in Miami. Gauya is to this date the only non-Hispanic artist to have achieved this recognition.

For the 100th anniversary in 2009 of the Swiss football club FC Sion in 2009, Gauya was chosen to create and interpret the official anthem of the club.

That same year he also released his second album El Placer de la Vida which opened new markets such as Morocco, Italy and Argentina. It is also in this country that one of his songs, Valesanos, was chosen by the “Centro Valesano y Suizo de Bariloche” as official song. Serge has become a bridge between the Swiss and Helvetian descendants of immigrants who settled in Latin America.

Serge created at the beginning of year 2013 a radio "Vibración Latina" specially dedicated to the latin music.

Registered since over 16 years
Last login on 23 October 2020