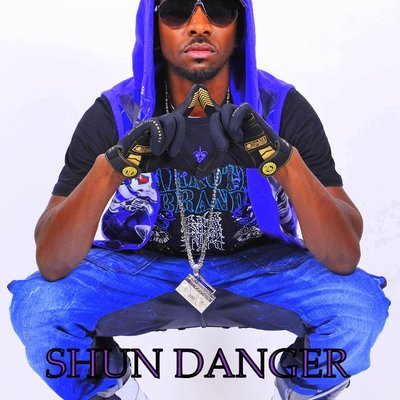 Hip Hop, Geneva – Shun is native from the Cape Verde Island (Cabo Verde). grew up in Lisbon,Brooklyn & Marseille. He lives since end of the 80's in Switzerland.... Read Biography

Shun is native from the Cape Verde Island (Cabo Verde). grew up in Lisbon,Brooklyn & Marseille. He lives since end of the 80's in Switzerland. People who knows him, will say, he's a multi talented Artist "Rapper-Singer" in different areas of Music & Entertaining, like Hip Hop, R&B, Electro-House, Dance Hall, Afro-Latino, Street Dance & Movie acting..rewind rewind.. Born in the 70's in west africa, on the Cape Verde Island. When he was 2 years old his parents emigrate to Europe.They spend the most of times working abroad the country for a better life and that's the reason why he grew up by his uncle (R.I.P.) in a ghetto neighborhood on the near of Lisbon "Amadora". with 13 he lived in NY city "Brooklyn" as a exchange student and he made a lot of experience in the Urban Music & Street Dance culture.He also spend time in Marseille, by his dad and family. In 88's he moved out to Switzerland, to his mom and on this chapter of his life he discoverded his skills for urban music and street dance, with the influence of Public Enemy, NWA, LL Cool J, KRS-One, EPMD, he start writin lyrics and created his own urban crew "The Magics". Finally in 91 he felt hisself attracted by Berne City "Capital of Switzerland"- (for some dudes who don't know it) where he met 2 ambitious swiss german rappers; M & B. Binggeli "Lu-G. & H.F." and 1 singer "Anshelle" where he started as dancer and been inquired to became one of the english rap vocal leaders, which one they built "Sa-Prize". After many Live Acts and contributions to a Swiss Urban Compilation, called Fresh Stuff IV, he decided to go the solo way as E.L. Danger, under the influence of 2Pac, Biggie, Snoop, Busta Rhymes etc.. . He recorded some tracks with two producers named "Da Brothas" and in 95 he released his first single "Yes Man & Dig It, feat Valeria Verdecchia" by the label; Ostring Rec in Berne which is been sold over 500 times. He was support act from different Hip Hop Combos; like Lords Of The Underground, Smif-N-Wessun from Brooklyn, M.C. Solaar from Paris & Fonky Family from Marseille; etc.. Now let's start in the new millenium of the year 2001 where he met B-Note Entertainment's all around Track producer; Benny Muhlenthaler in Berne City, they worked together and recorded some great tracks; "Hip Hop, R&B, Dance Hall on English with a touch of latino vocals; "Spanglish", till the entertaining in parties, in many clubs in Switzerland, France and Luxemburg. He also worked with many Dj's from Hip Hop, Latin and House Music scene; like Dj Double N, Dj Cochano, D-Soul, Dj Scaloni Leon Delado, Santiago Cortes, Sir Colin, Dj Dob "Switzerland 1. Hip Hop R&B DVJ Worldwide" for which he recorded a track "Hot Like Fuego" for his compilation "Toma Reggaeton" and many more.. In 2004, from 3000 candidates, he was chosed to participate on Switzerland's Music Star competition; similiar to American Idol and he had the chance to show his rap skillz on tv, but they were searchin for a clichee singer. In June 2006 he met Stephane Kama in Geneva "Switzerland", a great Electro Producer and in 2007 he signed a contract with the french Indie Label; Intersound Music. The few records wit a touch of Electro R&B, Hip Hop vocals feat Loubna "a great lady and singer" for DJ Kama's compilation are almost done and they finished shooting the video for the single Hit song "The Jam" which is gonna be released soon... Be continued and be ready for a new era on Shun Danger's music chapter.. Miami, NY, Ibiza, Paris, Asia &