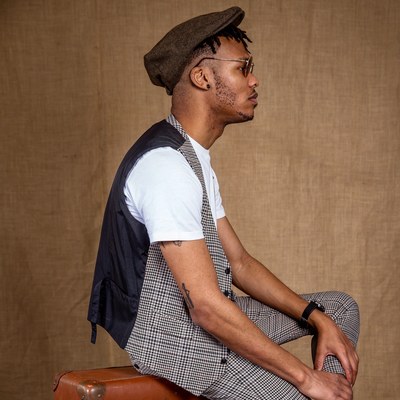 Afro , Vaud – Shvngz started music when he was 11 years old, and has had the chance to work with MC Solaar, a famous french artist, until he was 16. This first... Read Biography

Shvngz started music when he was 11 years old, and has had the chance to work with MC Solaar, a famous french artist, until he was 16. This first experience has taught him a lot. He has then collaborated with Jacky Brown, from the band “Neg Marrons” Locko, Minks (two artists from Cameron) and Tata Osca.

In 2017, he has released some titles which opened doors for him in France, Congo, Cameroun, Belgium, London, etc.

These songs have also been played on Trace TV Africa, OKLM radio and other Swiss medias such as RTS or TV “Fribourg”.

During these years he has built a team to work with, with Kay-Zy Jay and a music director named Delavega, who works with Hypebeast.

He is working on a project consisting in the publication of 1 minute freestyles on Instagram, where he suggest remixes of internationally famous songs, along with videoclips where Kay-Zy Jay and him show the way they work. Kay-Zy Jay personalises every instrumental ; this way the remixed titles reflect their universe. These videos aim to give Shvngz a great visibility before the release of his new album, “7 jours dans le salon”.

In 2019, he also signed in a Parisian label named “Colligence Records”.

Registered since about 1 year
Last login on 16 September 2020