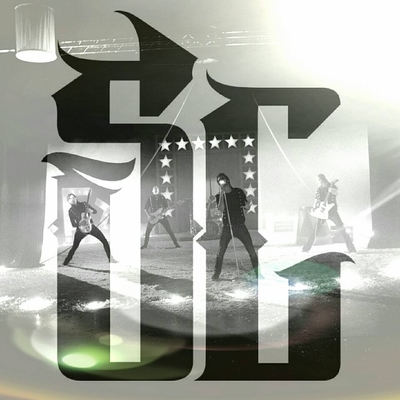 Welcome to a new era of Heavy Metal! Hailing from Switzerland, Silent Circus represents contemporary Metal in all its facets: massive bass lines, intricate yet crushing drums and first class guitar work that combines heavy riffing, atmospheric acoustic parts and melodic twin leads. On top of this instrumental foundation, singer Peter Haller weaves a vocal tapestry out of harsh screams and catchy melodies that are sure to give you goosebumps every time you hear them!
The diverse songwriting, paired with the personal and intense lyrics completes the picture that is SILENT CIRCUS, proving that there are still young and hungry bands with something to say, who know how to write groundbreaking songs, can handle their instruments and simply are fun to rock out to!
In 2010, SILENT CIRCUS recorded their debut album Into The Silence at Hammer Studios Hamburg, together with producer Eike Freese (Deep Purple, Gamma Ray, Callejon, Dark Age, etc.) and self-released it one year later.
Over the next years, the band played numerous shows both in Switzerland and in other countries, culminating in a highly successful show at the legendary Greenfield Festival, Switzerland’s biggest Rock and Metal event, in 2013. In the same year, the band was joined by renowned guitarist Cédric “Cede” Dupont (Freedom Call, Symphorce).
The second album, entitled Rise and Fall, was recorded by the band itself. To perfect the songs, SILENT CIRCUS teamed up with up-and-coming Swiss producer Lars Christen (Pegasus, Bastian Baker, James Gruntz, etc.) for vocal production and recording. Mixing and production of the whole album was handled by German award-winning and Grammy-nominated producer Sky van Hoff (Caliban, The Sorrow, etc.). The songs on Rise and Fall are the logical conclusion of the material on the debut album, presenting a very unique sound that blends modern influences with classic metal roots. Rise and Fall will hit the stores in January 2017.

Registered since over 10 years
Last login on 15 January 2018