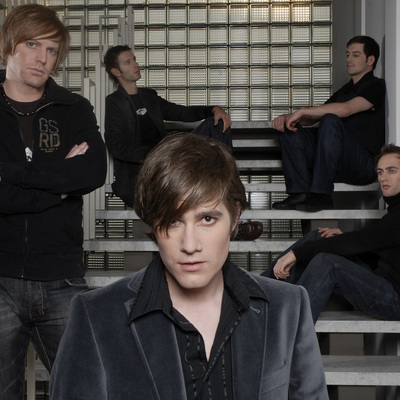 April – October 2007: Record of our first album in the Powerplaystudio in Maur, CH, with the young producer-team Yann Roullier and Christian Buchner:

Autumn 2006: The band wrote more songs and recorded a new demo-tape. All musicians exercise a lot to improve their technical skills on their instruments.

Summer 2006: Some Open-Air gigs and other concerts at festivals in Switzerland, further Skywards performed at the Popkomm festival in Berlin, Germany.

Spring 2006: Skywards on Tour as support of the nationally well-known band “Dada (ante portas)” in several famous Swiss clubs. The tour included twelve concerts and the band gained a lot of live experience.

2005: Besides participating at the above mentioned songcontest the band also performed some concerts throughout the year.

September 2005: Winner of the national MyCokemusic-songcontest out of 421 participants with the song “Irrefutable”.
As a result: Professional recording of the single “Irrefutable” with the producer Roman Camenzind.

2001 – 2004: During this period the songwriting-duo Raphael Peter and Andrea Fanconi wrote many new songs with the concept of not longer being a semi-cover band and they also wrote a soundtrack for a locally produced movie. Those experiments in writing songs in many variations – not only rock songs - improved their skills and experience in the song-writing profession.
Additionally they were forced to reoccupy the band with new musicians because the members of the previous band constellation left the band due to private reasons.

1998 – 2001: Performing some regional concerts with the first band formation. The band played partly original compositions and partly covers of bands like the Beatles, Bee Gees and Rolling Stones.
In 2000 and 2001 the band wrote and performed the official songs for the Sled World Championship and the Bobsled World Championship in St. Moritz.

1997: The band Skywards was founded by Raphael Peter and Andrea Fanconi in Celerina/Switzerland

Registered since over 14 years
Last login on 3 March 2009