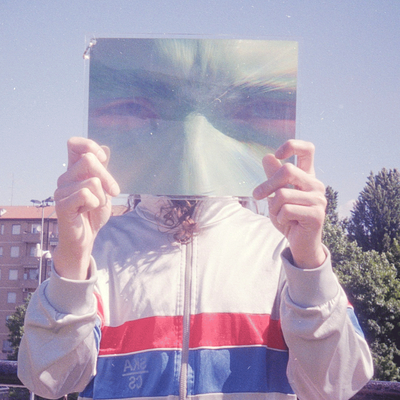 avant-pop / idm, Zürich – «Wearing a mask is no longer a matter of culture, lifestyle, religion or socialization. Now that screens have become windows, and fear is used to... Read Biography

«Wearing a mask is no longer a matter of culture, lifestyle, religion or socialization. Now that screens have become windows, and fear is used to entertain, what’s the real difference between person and persona?» — Slon

Slon is the new project by Mediterranean and Berlin-based musician and artist Marco Mercuzio Peron, a masked, shapeshifting experiment that fuses sound, storytelling, sociology, performance art and diverse visual languages in a potent interrogation of everyday life; the choices we make, the feelings we have, the myriad roles we play.

Slon’s debut EP «Majestic Mind Safari Show» is the result of a meticulous compositional methodology in which layering, the power of memory and the impulse to harmonize become vital creative principles. Slon composes one layer after another, continuously muting the previous recordings. Once this ‘blind’ procedure is completed, all of the layers are combined to reveal an elaborate, intricate, multidimensional final piece. Peron’s approach is one rooted in duality - fragility and rigidity, fluidity and limitation – a zone where balance tilts and a new equilibrium is found. This is music suspended in deep space, a collection of hymns for solitary dances; a protean, hyperactive transmission of avant-pop, IDM, and outsider music.
Visual language and the volatile juxtaposition of reality and fiction play an important role in the manifestation of Slon, an anti-heroic persona moving through a hyperreal world of perpetual transition and unpredictability. The conception of Slon grew out of a desire to «have no personal background, to observe from the perspective of an outsider and try to connect the dots for the audience». An outre website is the vessel through which Slon outlines the storyline and characters of his world, delineating a surreal multiverse chapter by chapter, and where there are offers for «unique objects sampled in real life, reworked with ‘hardcare’». The green visage that Slon adopts as a disguise is just one of many ciphers signalling the start of the «Majestic Mind Safari Show».

Marco Mercuzio Peron is co-founder of the curatorial platform MADAM, where he creates collaborative happenings, durational performances, documentary films, and original soundtracks for artists including 1UP and Mosa as well as art institutions like Fondazione Prada.