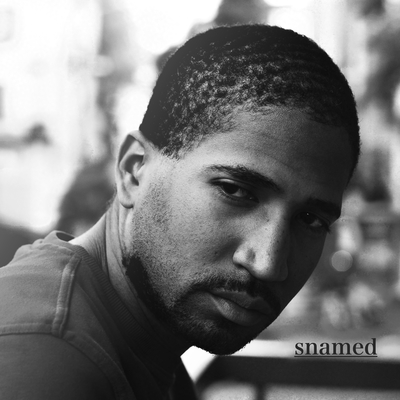 Reggaeton, Ticino – Snamed is a rapper and producer from Switzerland, he’s originally from the Dominican Republic. His real name is Angel Jimenez and he owns his own... Read Biography

Snamed is a rapper and producer from Switzerland, he’s originally from the Dominican Republic. His real name is Angel Jimenez and he owns his own production label “Ang. Productions”.

Born in 1988 in La Romana, Dominican Republic, he tasted music and dance since he was a child. At the age of 7 he moved, with his mother and his brother, to Rivera, a little town in Ticino, Switzerland, in the step-father's house. There he went to primary school, and when he was 15 he, together with his mother and his brother, moved to Lugano where he achieved his professional degree and started his working life.

When Snamed was a child he enjoyed singing, dancing and playing piano. He never got piano lessons, only a keyboard with a tutorial within. At the age of 10 he got interested in poetry while discovering the rap music thanks to the influence of his bigger brother.
By the time he turned 11, he begun to write rap tests with his brother and friends. In 2001 he started recording with his brother and a few friends at home. The crew’s name was Bad Angels Gang (B.A.G.), and Angel Jimenez chose his own artistic name: it was Black Angel. He was 13 at the time. Since that moment he had always made music.

Originally the B.A.G. band was composed of 7/8 members.
By the end there were only 3 members left and this is when they started to do some gigs in Lugano and some street demos. They where McGhost, Angel Jimenez's brother, Piggy P. and Black Angel (Angel Jimenez).

When the B.A.G. dissolved in 2005, Angel was already working with the Dominican Flow, from which he continued the collaboration with Ransell Labata. Black Angel and Mc Ghost continued to rap and participated at some local music events such as freestyle contests and jams.

In 2006 he and his brother created a new crew with 2 other friends. It was Quattro Elementi (4E) with Iron G. and Asher Paul. Also with them he did some gigs, and participated in some music contests. They won the writing contest in Ticino in 2007, for the city of Lugano.

At the same time Jimenez was working on the songs of Ransell Labata and they used to go all over Ticino to rap at gigs. The genders were mostly reggae ton and rap in Spanish. In 2007 they had a radiophonic program on Radio Onyx (Italy).

Time went on. In 2009 Angel decided to transform the home studio in a better place for production and recording, developing the mix and masters basis skills with his grit approach to the professional audio world. The name of the first studio was Ghost’s Room because it was the former room of his bigger brother at home.

Since then he produced several albums (there are some video clips on the internet). Thanks to his recording and mixing high quality level, he also had the chance to collaborate with a lot of local rapper artists and singers.

Here are the most complete albums he produced:

In 2012, when the Quattro Elementi were long separated, he set up a second studio with D-Boy and Driller Dose. It was the Fatality Studio. There, Black Angel further improved his producionts skills and got in touch with more artists. He still had his home studio anyway and all that while having a common job in an office.

In 2014 the Fatality team got separated and during the same time Angel Jimenez changed his artistic name from Black Angel to Snamed and started to also improve the audio and rap skills and the technology of his studio, while still creating new songs.
He elevated the quality of the audio and while on a new job he took the decision to move out of his mother's home and build a professional studio in his new house. At the same time he stared to work with Anna Keller at her new music project that included the music talent ShowTime on the television RSI where she won the rap contest. Angel Jimenez (now Snamed) went to live outside the city, in a village called Contone where in 2016, just a few months after he moved in, he built a new professional studio.
He bough The soundproof room from the Big-Beng Srl Italy , a very renowned Italian Company, highly professional in the field of soundproofing.
The name of this new studio is La Clinica.

Now the second album is about to be published in 2016. The name is Passato Passato and it has inside all the songs he did since Fatality got separated.

He is also working with Anna Keller, alias Ann Adrett, at her first album and with Gualbert Teran with his fIrst music project.

Registered since over 9 years
Last login on 6 June 2021