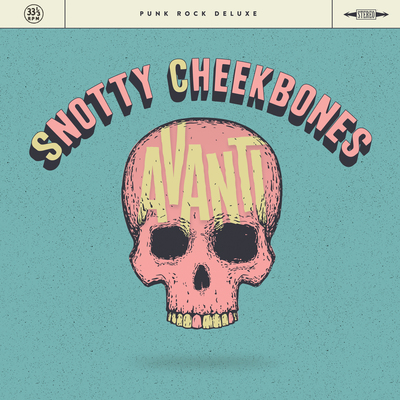 Metal/Punk, Punk, Zürich – The story of the Snotty Cheekbones starts with an album called Dookie. Fascinated by the magic of power chords and great melodies they began as a... Read Biography

The story of the Snotty Cheekbones starts with an album called Dookie. Fascinated by the magic of power chords and great melodies they began as a four piece in Winterthur, Switzerland in 1999. They performed their first gig ever at their second home, Gaswerk in Winterthur, with Canada’s finest, Chixdiggit.

It didn’t take long for the Snotty Cheekbones to begin playing shows in Switzerland. In 2000 they released the 5-Song EP Playin’ All The Hits and one year later another EP called Better Sooner Than Never. More shows followed with Punkrock giants such as Randy, Adhesive and the Apers.

2002 saw them release the first full length Strange Ahead and hoisting the sails for journeys afar: for the first time they played shows in the Netherlands and Italy. They opened up in Zurich for Sum 41.  More shows and some line-up changes followed.

Having reduced to a 3-piece outfit they travelled to England in 2004 to play shows with the Zatopeks. In London they almost got beaten up by a massive, scary skinhead but they survived and made it back to Switzerland to go on touring. In 2005 they opened up for the Offspring and headlined one night of Winterthur’s biggest festival, Musikfestwochen.

In 2006 the Snotty Cheekbones recorded their second full length POP!, and toured Austria, Germany and the Netherlands to support the release of POP!. In 2008 they did another tour in Germany. And then…The Snotty Cheekbones broke up for several reasons.

In 2019 they celebrated their 20th anniversary with some friends in their practice room. And now the fire is back! The pandemics hit and they started writing totally new songs. They recorded them within few days. So, on Friday 1st October they will release the album AVANTI featuring 11 new songs. AVANTI shows their love for the Clash, the good old Lookout! sound and the magic of three chords.

2002 7inch We Set this City on Fire (Sprinter Records)

2005 Support for the Offspring, Eulachhallen, Winterthur

Registered since about 15 years
Last login on 5 October 2021