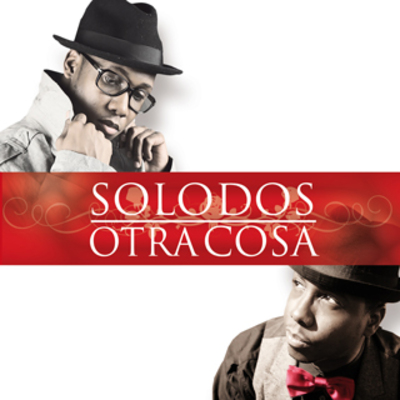 Hip Hop, Vaud – Solo Dos aka Isaias Vega and Thony Vega two brothers from the Dominican Republic thanks to “Si Tu Supieras” their 2005 latin anthem that became a... Read Biography

Solo Dos aka Isaias Vega and Thony Vega two brothers from the Dominican Republic thanks to “Si Tu Supieras” their 2005 latin anthem that became a cross over hit in Switzerland, a smart blend of Hip Hop and traditional Dominican music is now considered as Solo Dos own personal formula.

They were struck by the passion of music since the young age in their hometown La Romana where they grew up,

Ensanche La Hoz: a day-by-day living style neighborhood where crime, violence, prostitution blend with the rhythm and the dance, They channeled their talent toward music, a music haunted by all the things they saw and lived, some of them sad, some of them joyful and that’s what made who they are.

Their music reflects their joy, love, pain and hope, their first international collaboration with Orishas in 2002 on the track Dolores” sparked the Solo Dos concept, A story about a girl who left Dominican Republic with a dream of finding a better life as a dancer in Europe and ended up selling her body on the streets, “Dolores* a Hip Hop ballad with a sweet spanish guitar riff that rides the whole track drawing images of the whole story that you don’t even have to speak Spanish to feel it in your guts.
That song had impressive airplay in France and the video was on rotation on Trace TV.

In 2003 they released the Maxi Single by themselves “Dolores” along with 3 other tracks until they got noticed by Universal Music Switzerland with whom in 2005 they released their first auto-biographical project “Barrio Story” propelling them to top 20 best selling album in Switzerland.

Their second album “Cocolo Juice” was produced in collaboration with Grammy award winning artists such as Aventura and Orishas.
With tracks like “Gloria” feat. Max Agende from Aventura a song that describes Fame as an unfair girl who will take you back what she gives at anytime.
“Libre” (Free) featuring the German Star Patrice inking conscious as well as militant lyrics that proved their maturity.

This year they just have finished their so awaited third album “”Otra Cosa” in collaboration with the creator of Aventura Julio Cesart Garcia.
Most of the songs have been produced in New York, Milan and Dominican Republic, the places where they found their inspiration

“Otra Cosa” that means “Something Else” shows how Solo Dos are able to reinvent themselves combining their traditional Dominican sound with not only Hip Hop, but also, Pop, Electro, House and Afro beats and other influences.

In this new album they’re more open from an international point of view with tracks like “One Love” and Fly Away, that won’t only seduce the latin public, but also the main stream.
But they also want to show the joy and bring the beach and sun of their lovely island on their first single “Que Sabor tienes tu?” It’s a summer anthem that spreads the heat, shaking up all your senses making you feel somewhere in Dominican Republic.