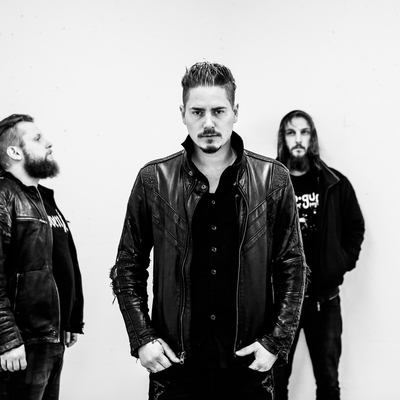 Stoner Psych Blues, Basel-Stadt – No rest for the wicked: In January 2018 the band locks itself into a secluded cottage and records 8 tracks completely on their own. Three of those... Read Biography

No rest for the wicked: In January 2018 the band locks itself into a secluded cottage and records 8 tracks completely on their own. Three of those are released the same year on Label «Sixteentimes Music»’s «The Fuzz Charger Split LP»in combowith berlin based heavypsychos «Samavayo». Sixteentimes’ labelbossdid not only put out a record but slammed the two powertrios into a van and made them tour the EU following the release. The rest of the recording sessions material is to be put out in 2019 under the name «The Wooden House Session». No way to miss: Sons of Morpheus’ riff-swampiness has never sounded edgier driven by immediacy only heard by bands that carved their name in stone for eternity. By masters of pigeonholdingmore and morelocatedin todays lively stoner/psych-scene, it is to mention that the group’s playing and swaying into busy outerspace may be complete overkill to state-of-the-art stoner-potheads...for the good!

Nevermind, it’s anyway never been the groups idiom to dine on the main square rather than to bash heads with modern day’s brutality into the 70's musical exuberance and liberalism, always driven by -boy, and you'll hear that -the simple and basic instinct that brings three kids down to a basement to form a band: The all urgent need to crank up an amplifier, break a skin or two and makethe building shake. And by doing so, for a few precious minutes, change the fucking world with it.

Registered since about 8 years
Last login on 24 December 2019