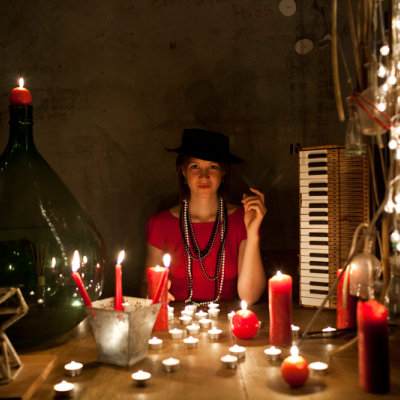 Folk/Country, Folk, Zürich – Sophie Hunger’s musical life reads like a fairy tale. Totally unknown two years ago, the 25 year old Swiss singer has been on the road ever since,... Read Biography

Sophie Hunger’s musical life reads like a fairy tale. Totally unknown two years ago, the 25 year old Swiss singer has been on the road ever since, sharing stages with some of the country’s most successful artists, from Erik Truffaz to the Young Gods, even playing with Stephan Eicher. Sophie Hunger owes this recognition as much to her incredible talent as to the word of mouth that followed every one of her performances. She recorded her debut album at home in just a few days, released it on her own label and very quickly became the scene and the critic’s darling. The record was a slow burner, slowly evolving from the underground cult hit it was at first to becoming a huge commercial success. After her performance at the Eurosonic 2008, French daily newspaper Liberation predicted Sophie "would not stay Switzerland's best kept secret for long".

Sketches on Sea is a very original album, the musical directions are limitless, from traditional folk songwriting bathed in jazzy moods to soul balladry, Sophie Hunger’s musical universe is amazingly flourished, nourished by an exceptionally fragile yet mature voice. More than a basic formula, this ability to cross genres is totally unique and showcases the singer’s many talents. For Sketches On Sea, she collaborated with a great number of amazing musicians, from a trombone player to a flamenco guitarist, without ever sounding like a soulless group of sessionists. Sophie’s technical prowesses can lead her anywhere and allow her to do things that nobody else could get away with.

Sophie Hunger has always worked in a collaborative spirit, and her many musical interests have led her to a fascinating geographic and personality mix. Recorded in Lausanne (studio du Flon) and Brussels (ICP), produced by Marcello Giuliani (already acclaimed for his work with Henri Salvador, Etienne Daho or Jane Birkin), her new album will be an illustration of that relentless quest for new ideas, new people and new sounds. Eagerly awaited, Sophie calls it her "first studio album" and it will without any doubt bring her already impressive career to new heights.

Registered since over 15 years
Last login on 8 January 2014