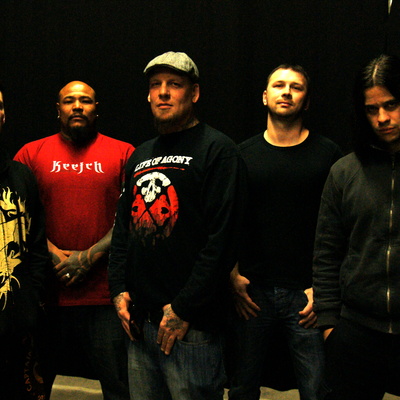 Metal/Punk, Metal, Vaud – SOULLESS was a death-metal band from Lausanne created in 1989 by Stéphane Grand. The band still exists on the name of SCIENCE OF DISORDER with the... Read Biography

SOULLESS was a death-metal band from Lausanne created in 1989 by Stéphane Grand. The band still exists on the name of SCIENCE OF DISORDER with the same musicians & compositions but has now a strong influence of Metalcore style.

Firstly influenced by Heavy/Trash/Death Metal references such as Metallica, Slayer, Napalm Death or Entombed, the band played a trash/death metal and released his first demo 4-tracks "Lost Hopes" in 1996 recorded at BBM Studio/Lausanne. Only one year later, the first full album "Life Extinction" released, recorded by Stéphane Tornare at Bagdad Studio. This album was the first success of the band and allowed Soulless to destroy many stages in France and Switzerland.
Soulless focused on a long time of a studio construction and the album "New Era" was self produced in 2002 on the label Timeless Productions. This 14 tracks album included various influences including female voices. Despite this approach perfectionist in the studio, the band is somewhat mute the front of the stage, occurring only on rare occasions. The style is considered less "roots" and therefore, gigs are harder to find.
These multiple changes and all the time for this project created and musical differences the band decided to split in 2004.
2008 is the year of the ressurection for Soulless. After playing in Furia (F) and Eversince, Sybreed (CH), Stéphane decided to restart the project with Loic/bass (Your Own Decay, Arkhan), Lord Pelthor/lead guitar (Your Own Decay) and Paul/Drums
as new line-up.
The demo "In the Maze", a remix of 7 old
Soulless songs released this year. The band opened for several prestigious bands like Dagoba, Sadus, Hate Eternal, Times of Grace, Cephalic Carnage or Samael and a new singer, Chris, joined the band in 2010.
After 2 years in the project, Paul left the band and the band is recording a new album (expected Autumn 2011) with a session drummer - Kevin Talley (Daath, Six Feet Under, Misery Index, Dying Fetus), mixed by Orland Villesanor/USA, masterised by Tue Madsen, Denmark and managed by Vincent Dévaud/Switzerland. A drummer will be formalize this autumn and several gigs should be announced soon.

For all informations about the band, please check the new MX3's page of SCIENCE OF DISORDER or in the official website of the band: www.science-of-disorder.com