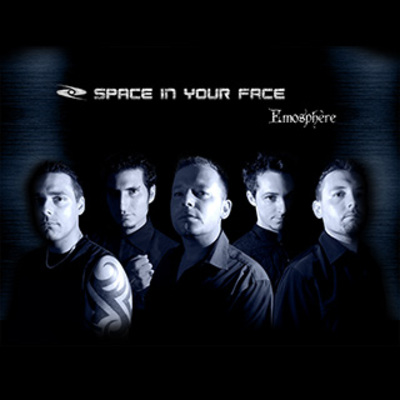 SPACE IN YOUR FACE

Metal/Punk, Metal, Vaud – Space In Your Face was born in 1995 in Belfort ( France ). Participating to the International Student Music Festival of Belfort in 1997. Their... Read Biography

Space In Your Face was born in 1995 in Belfort ( France ). Participating to the International Student Music Festival of Belfort in 1997. Their first 4 title demo in 1998 is acclaimed in a lot of magazines and organisations. In 2001 the band is signing with the Swiss label Ugly records and produces its first album named The true essence of life distributed in Europe, USA and Canada. Theyre playing at the Christmas Rock Night in Germany and dates in France, Switzerland and Spain. The band takes part in some radio interviews and hits the 4th place on the top 25 of Nederlands radio The art for the ears. In 2003 Space In Your Face takes a new direction by changing its line-up. An other singer and a new dj make the band style more dedicated to Elektro-metal fans. In September 2005, the band entered the studio again to record their second full length release named Emosphère, recorded by Daniel Laurent at Bagdad Studios Lausanne (CH) and mastered by Glenn Muller (Pantera, Lofofora, Aerosmith, Tina Turner) at the mythic Greenwood Studio in Nunningen (CH). In your face guitars and powerful yet melodic vocals are bringing the band to an other level Emosphère comes out on November 25th 2005 !

Registered since about 14 years
Last login on 19 September 2006