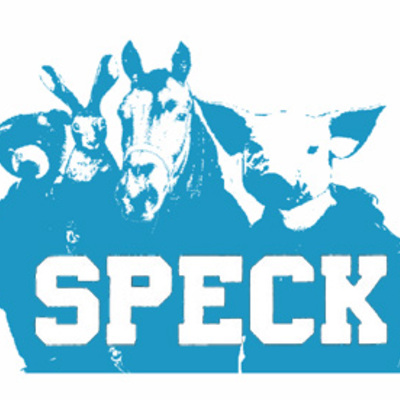 SPECK was formed in 1996, to put shitloaded moods into short songs. The current formation exists since 1998. Speck played many locations throughout Europe and are known for outstanding brutal funny things. Toured with "hip" bands such as D.R.I. and the Locust, supported Murphy`s Law, Garlic Boys and not so "hip" ones. In 2006: Released their 7th recording, the "FURIA E.P" on ATREE IN A FIELD RECORDS. Speck used to release the satirical SPECK-O-POLITAN magazine, the worlds smallest 40-page-fanzine.
SPECK is LARS the flesh inker on the main mic / MARLON the booker on bass, mic and analogue footgrinder / MICHI the social assistant on guitar and mic / NIELS the ecologist and water flow expert on drums.

Registered since about 14 years
Last login on 28 February 2008