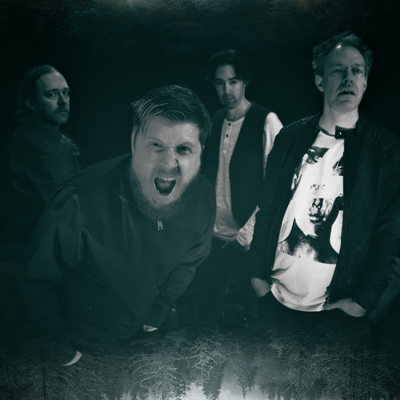 Rock, Aargau – Their history is pretty impressive: It saw Spencer gain some awards for their more than 300 live-shows in 10 years («Best-Live-Band-2013»-Award).... Read Biography

Their history is pretty impressive: It saw Spencer gain some awards for their more than 300 live-shows in 10 years («Best-Live-Band-2013»-Award). It found them beeing played on rotation on different radios and MTV/Viva. And it made them a strong liveband after more than 300 liveshows in the last few years (with support for likes of New Model Army and Reamonn).

Reading the newspapers you'll find a few names, mentioned as influences of Spencer: Editors, The National, Nick Cave. And according to «Neue Zürcher Zeitung» there is a «big shot of Johnny Cash» in their music.

According to the band, there are some more influences: cool british indie and pop from the early 90s, modern shoegaze and a shot of punk. In fact, Spencer do like guitars! Or, as «Rockstar»-magazine wrote: «Did we mention the distorted guitars? Because they're absolutely ace!».

Spencer have been found ten years ago. They consist of experienced musicians: drummer JP Free and singer/guitarist Leo Niessner have been playing in garage-punkabilly-outfit Blown Mad in the 90ies across europe. Pashi was playing bass for alternative-rockers Redeem, touring with the likes of 3 Doors Down and Daughtry. Latest memeber is Reto Eggenberger on keyboards. He adds something very modern, spheric and cool to the Spencer-sound.

For their 4th album Spencer have been collaborating with producer Reto Peter (Green Day, Adi Stern, Counting Crows). In the three weeks before its release «We Built This Mountain Just To See The Sunrise» has gained a lot of great reviews. Some of the songs even made it into rotation in Germany (ARD, MDR, different indie-stations). And with MTV, Viva, SRF and others playing the new video Spencer are ready for writing the next chapter in their history.