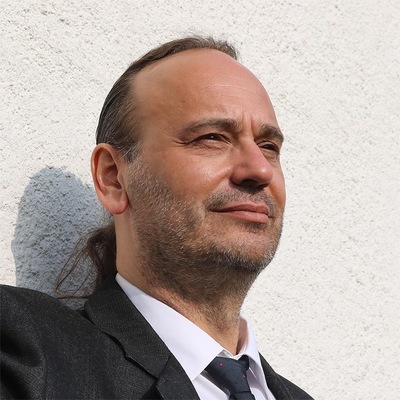 Pop, Luzern – As a little boy Steven was fascinated by modern pop and rock music. In his schooldays he learned to play the electronic organ and the basics of... Read Biography

As a little boy Steven was fascinated by modern pop and rock music. In his schooldays he learned to play the electronic organ and the basics of music in the broadest sense.
He recognized the advantages of modern music composition, and dealt with computers, synthesizers and drum machines.
Steven Phillips is known as a songwriter, composer, and as a producer of different styles of contemporary music.
He has worked for various artists, producers including Donald W. Richards (Céline Dion), Zippo (Swiss Charts), Ricardo Sanz (Michael Landau, Urs Wiesendanger, Nubya, F. Louves), Fanatic Wave, Moisha, Richard Koechli, Zilijen, Auenland Records, Studio 4U Records to mention some.
His strengths are also compositions for advertising, marketing and industry, so he has composed for Gildemeister, 3M etc.. As a result, audio branding and corporate are not foreign words for him either.
He is also active in the field of video production: his NSA song reached the second highest chart placement in Joiz, and also appeared in the rankings of MTV.
S.P. is involved in various projects, among others including Free Sound Project, World Wide Pro Audio Directory, Production Guide, Pleasurize Music Foundation.
His clients include SRF, Soundville Media Studios AG .
The main influences in his music come from various bands and interpreters, not only from the fields of rock, pop, jazz or classical music, but also from the so called world music.
All in all Steven Phillips is known to be open for modern music and different styles.

Registered since over 12 years
Last login on 2 November 2020