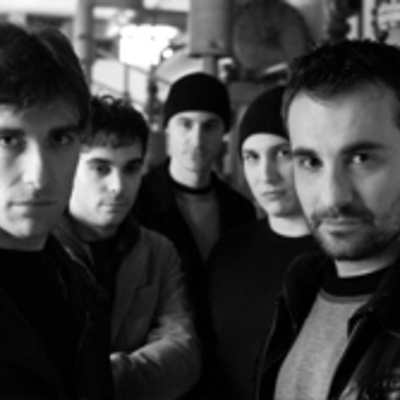 Their different music tastes from rock to grunge and to alternative rock run together in the composition and give the songs a special signature from the very beginning. Not only because of the solid songwriting – beginning with rock songs and ending with ballads – but also because of the particular and characteristical voice of Rocco.

Apart from countless live concerts Stone River published in 2004 their first Album “Rise”, produced by Nino Mauro, Studio 21. The single “Behind Your Name” has been number one in the Swiss Italian radio charts for several weeks. In all regional reviews the CD has been rated as a masterpiece. In the same year, Stone River won the most important band competition in Ticino ““Palco ai Giovani 2004”.

Since the first CD Stone River has been developping but never became estranged from their own style. With the years, the band have been forming their own profile with the result that their music sounds melancholy like a night in a dark bar but also rocky like a massive wave breaking at a boulder. To make it brief: you feel the sound in your heart and your stomach.

Registered since over 13 years
Last login on 13 November 2011