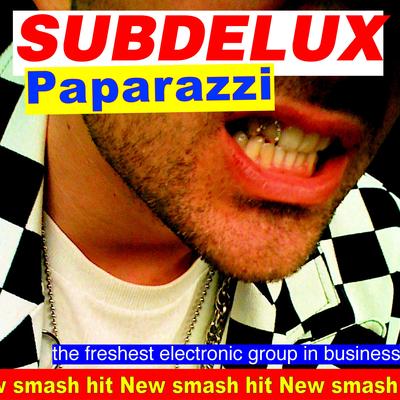 Pop, Neuchâtel – To make a long story short, Subdelux is serious about music. Producing, recording, mixing, they do it all with a passion. After producing for Yves... Read Biography

To make a long story short, Subdelux is serious about music. Producing, recording, mixing, they do it all with a passion. After producing for Yves Larock (smash hits Zookey and Rise up), the group is finally working on their own album.
Vocally explicit, original and politically incorrect, Subdelux’s subject matter contains everything from sex, drugs, alcohol, fun, love, pain and hope.
Simply put, Subdelux loves to party. They’re known for their funky electro music of the future and a punk attitude from the past. Together, they combine a mix of different backrounds and feed off of each other’s emotions, experiences and creativity brought to the table by each member.
Starkee grew up on Jamaican dub and house music. Aside from studying martial arts and being a dope dj, he’s also a bass player for Lee Scratch Perry the living legend of Reggae music and has played with and composed numerous tracks for The White Belly Rats over the years.
Pat Panik has produced house music since it’s golden age. A digital fanatic on and off the turntables, this old school graffiti artist is also a very talented graphic designer that loves to go crazy with his psychedelic artwork that they use during their live dj sets.
Blu’print is a hip hop radio host since over 15 years on Radio Couleur 3. He’s been rocking microphones since the age of 10. Songwriter, vocalist, producer, artistic director, Blu adds his rebellious and poetic rapping personality to the crew.
Whether they’re creating music in the studio or sharing it on stage with the public, Subdelux’s positive energy defies the laws of physics with tomorrow’s technology, commited to entertain at all times.

Registered since about 11 years
Last login on 6 December 2009