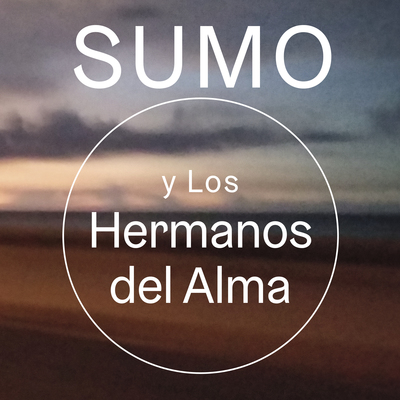 Afro-Cuban Rock , Geneva – Since its creation in the late 90s, we have seen Sumo roam various territories: electro, soul, funk, hip-hop, dub… Loyal to their initial state of... Read Biography

Since its creation in the late 90s, we have seen Sumo roam various territories: electro, soul, funk, hip-hop, dub… Loyal to their initial state of mind, the group made up of brothers Alex and Fred Sumi doesn’t box itself into one specific style, embarking instead on a constant musical odyssey.
For its 6th opus “Oya”, the journey continues by exploring new horizons, rhythms and sounds. The group exiled itself to Cuba, where a tour in support of their previous album had brought about striking and heartfelt friendships. In this new adventure, Sumo met his Cuban soul brothers to become: “Sumo y Los Hermanos del Alma”.
The result is both fascinating and fulminating. “Oya” is a psychedelic, afro-cuban rock record… a kind of UFO where the sounds of afro-beat guitars meet those of Cuban brass; where a bass’ electric jazz intersects with a rock fusion rhythm that would have done the Red Hot Chili Peppers proud. Sometimes, it is the opposite. Rhythms dear to Tony Allen are paired with jazz brass, Cuban bass and psyche rock guitars.
This album was conceived in complete immersion: two weeks of recording sessions in Havana surrounded by a tribe of the top Cuban musicians and singers.
Oya is a captivating album whose numerous and varied levels of listening will never tire music lovers hungry for novel discoveries and explorations. Incidentally, it is no coincidence that the album brings together such an eclectic assortment of musicians: Chilean drummer Ramon Plaza, who has accompanied the group since 2013; legendary Jamaican reggae singer Wayne Paul; percussion player Dunieski Baretto, pianist Maykel Gonzalez and trumpeter Eduardo Bringuez, all three members of the mythical salsa group “Pupy y los que son son”; singers Los Niches, who spearheaded the new Cuban rap scene; and finally, Nelson Labrada, singer and guitarist from renowned rock group, “Miel con Limon”. The journey continues...