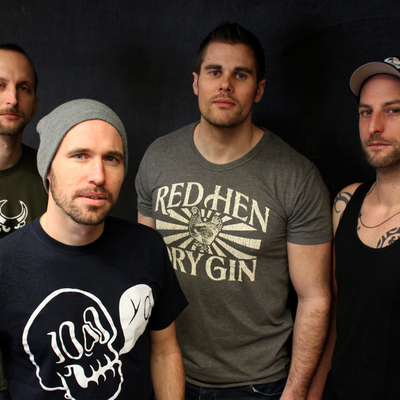 The origin of Swallow goes back into the last millennium, when Pascal Collaud (vocals), David Schüpbach (drums) and Alain Oswald (bass) started playing music in high school. In 2004 the members of the former school band, decided to form Swallow. To complete the group, the young and talented Guitarist, Pascal Baschung, joined shortly after.

Swallow acclaimed success early on by entering and winning well-known Battle of the Band contests. Hence getting booked for Gigs all over Switzerland. With a mix of elements from Metal, Punk and Hip-Hop, the band was causing sensation amongst the audience.

Because of career developments and other outside influences the musicians couldn’t commit as much time to the band as before, therefore the success was on hold. But even through this time the band stayed in contact and had a few smaller concerts and continued writing songs.

In 2012 Swallow decided to give it another go, and bundle all their energy to produce the first complete Album “ Overdue Orange”, in the bands very own recording Studio.
The Band matured and the sound altered over the years. In the best style of Alternative Rock, the hard verses change to melodic Refrains.

To find out more about Swallow, come and experience one of our dynamic live shows!