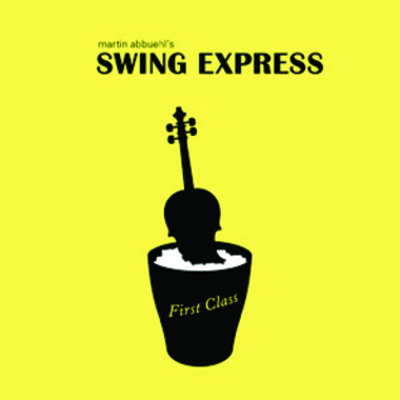 Jazz, Bern – Martin Abbuehl (violin) After a few years of violin tuition at the Bern Academy of Music, Martin Abbuehl immerses into the wold of folk music... Read Biography

After a few years of violin tuition at the Bern Academy of Music, Martin Abbuehl immerses into the wold of folk music which is at it’s height in Switzerland, in the seventies.
Role models, such as Grappelli, Stuff Smith and later on Jean-Luc Ponty, lead his way to jazz music. Due to the lack of a teacher for jazz violin at the Swiss Jazz School, Martin Abbuehl decides to study guitar at the named school. During these studies, he discovers the inexhaustible possibilities of the electric violin.
Fascinated by the music of Django Reinhardt and Stephane Grapelli, Martin Abbuehl and the Bernese guitarist Fere Scheidegger founded the Hot Strings. Ten years, numerous concerts and four CD productions later, Martin Abbuehl strives for new ventures. At the end of 2000, his long lasting dream to establish a fusion band comes true: Sägewerk.01 was launched.
In the summer of 2004, the new group Swing Express is formed, demonstrating a total dedication to the “swing manouche“.

Besides working with several formations (such as Asita Hamidi‘s Arco Baleno 1994 -1995; Bluespower 1990 - 1991; A tazza e cafe etc.) Martin Abbuehl teaches jazz violin in Köniz and Thun, and on occasions, he acts as a guest lecturer at workshops at the Jazznights Langnau and Esta for example.

Registered since about 16 years
Last login on 7 January 2013