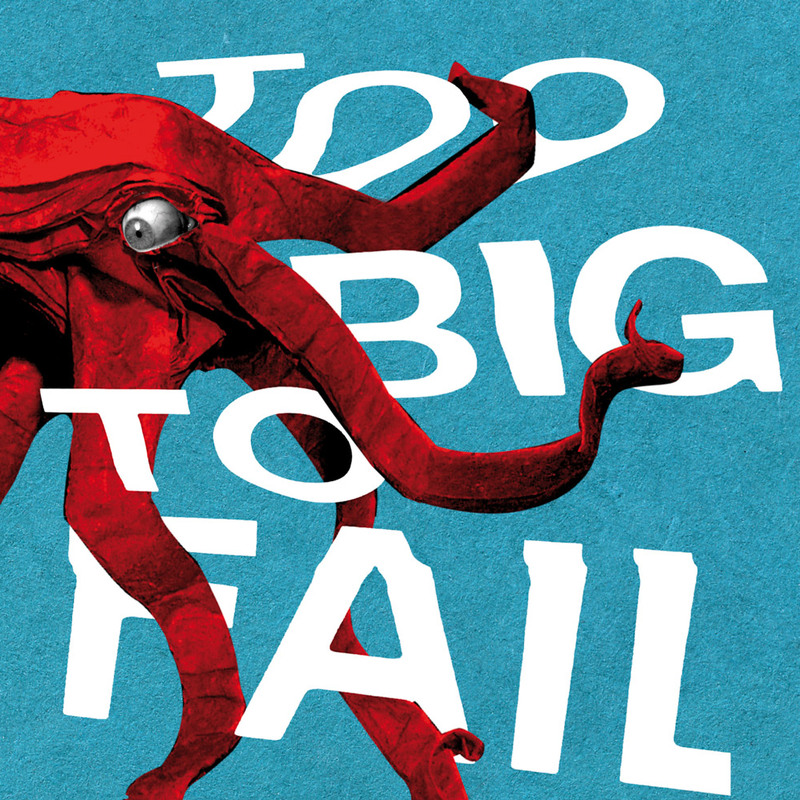 It’s been nearly two decades since the late, great Frank Zappa switched off the lights and said farewell to the mortal stage. As a logical progression in their Zappa reincarnation, FiDOplaysZAPPA pull the plug themselves: On „Too Big To Fail“ the ten musical daredevils put aside their electric driven machinery and approach Zappa’s works completely acoustically. Fans of Clapton call this „unplugged“ and light candles to „Tears In Heaven“. But Zappa remains Zappa, and even a „debugged“ Fido remains a vicious dog lurking silently in the twilight, ready to take a hearty bite out of the poor listener’s calf at the next opportunity. Means: a quiter Fido isn’t equal to a soft one. Albeit a moderately turned up volume control, the new arrangements of classics like „Montana“ or „Camarillo Brillo“ are a far cry from toothless elevator muzak. Cocktail-clad classic „Black Napkins“ receives an unexpected turn into dark deepness, „Camarillo Brillo“ hears our dog’s howl turn into a pedal steel, and the „Yellow Snow“ suite extends on for thirteen frosty minutes to become a radio play of tundra-like dimensions.
In conclusion: An Eco-Zappa works just as well. It has to – after all, as ten-piece Fido is too big to fail.