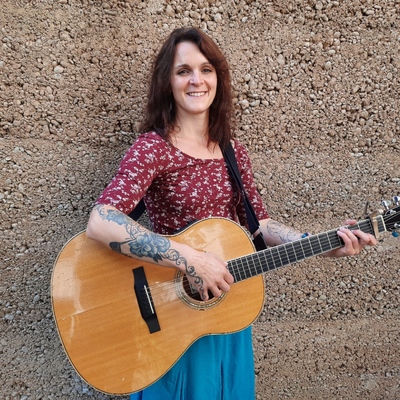 Swiss-born Tabea Anderfuhren has captivated audiences across three continents with her warmth and humor, her unique stage presence and her intimate blend of bluegrass, country, folk, Celtic and traditional Swiss music. Her crystalline voice is a rare and fine instrument, a consummate vehicle for her vast and varied repertoire. At times she sounds like an otherworldly blend of Joan Baez, Loretta Lynn and Alison Krauss.

Folk music was Tabea's first love. Inspiration from artists such as Joan Baez helped her to discover and develop her own ability to describe her feelings and experiences through her songs.

Tabea has performed live as well as on radio and television across Europe, in the USA and Australia.

Her first album "Who Can Ever Tell," recorded in Nashville TN in 2008, has received airplay across Australia and Europe, including Swiss National Radio SRF . It was produced by herself along with Nashville fiddler and singer-songwriter Aaron Till. Her second album "Painting My Melodies," also produced and recorded in Nashville by Thomm Jutz, came out in Spring 2010. It's a beautiful acoustic album with nine of Tabea's original songs.

The third album "Tram" was produced in Milano with her trio TRAM In 2013. Also in 2013 she was part of the Swiss casting show "The Voice of Switzerland" where she was ranked among the 15 best candidates.

In 2018 and 2020 Tabea and Aaron produced the Swiss Mundartalbums "Musigdösli" and "Musigdösli- Es schneielet, es beielet". The Musigdösli is a small music player in shape of an old fashioned looking radio and real easy to handle. The main thought behind this project is our elderly people who don`t have a cd-player or having trouble handeling one.

Both albums are out on CD as well.