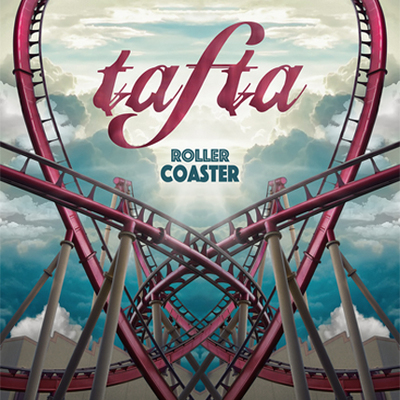 Pop Rock Electro, Vaud – Tafta, it’s the story of a band made up of intertwining, weaving friendships in life as in music. Textures. This is the story of Marc, Laurent,... Read Biography

Tafta, it’s the story of a band made up of intertwining, weaving friendships in life as in music. Textures. This is the story of Marc, Laurent, Luc, Damien and Wally. It’s the story of a friendship with a tangy taste of French pop rock and poetry. It’s the call of the open sea, and the generosity of the return. It is an unwavering friendship, the desire to play together that has never dried up and the need that has been felt to invite more electronic sounds, other sounds and other melodies, in English this time.
Tafta, it’s the little things in life, the little things of everyday’s life, the little things that catch us, capsize us and balm our hearts, becoming everything. It's the whirlwinds of life, the roller coasters, the big 8. It's also what happens to us when we let ourselves be touched, when we let ourselves be moved. These are shared moments, lived with humor and in the sound of fading light.
Tafta, it’s 4 albums and a fifth album in preparation.
Tafta, it’s more than 400 concerts in Switzerland, in France and in Belgium on prestigious stages and the desire to drag the public in its wake.
Tafta "is back" and did not choose the year 2021 by chance. Indeed, it is 20 years of career that the band is about to celebrate and to share with the public.
Tafta, it’s *Mon étoile* to which you can always turn, like a lighthouse, like a banner, like the Big Dipper.

Tafta at a glance:
Tafta will be 20 years old in 2021!
Tafta, it’s also 4 albums:
- Entre ciel et terre – 2004, Tafta’s first album which brought the band to be known by its public with his hit songs such as « Mon Etoile » or « Ta chance »;
- Un jour une vie – 2007, directed by Steve Lyon (Depeche Mode, The Cure, Suzanne Vega) and mastered by Andy VanDette of Masterdisk in New York, a reference in the field;
- Fondamental – 2010, directed by Tafta and Michel Dierickx, recorded at the ICP studio in Brussels (Stephan Eicher, Alain Bashung, Indochine) and mastered by Raph i.n.g in Paris. It was in 2010 also that the band won the “Suisse Romande” Music Award. The preparation of the *Fondamental Tour* was carried out during a residency with the support of the FCMA under the direction of Philippe Prohom (Chantier des Francos);
- Mise à 9 – 2012, this opus offers two new songs and a superb highlighting of Tafta’s pieces with arrangements for string quartet, which gives it a more acoustic sound and atmosphere with the same energy specific to the band.

Registered since over 15 years
Last login on 8 September 2021