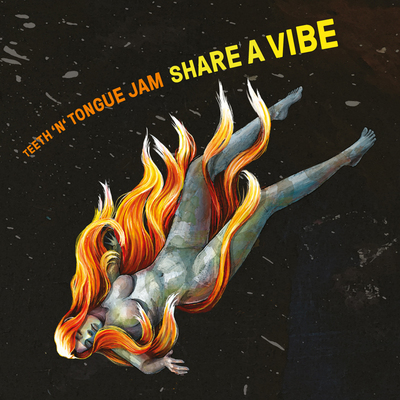 Teeth’n’Tonge Jam – Promo Text 2018
T’n’T Jam is a European Roots-Reggae band that evolved out of the alternative busking culture of Athens, Greece. Influenced by some of the great Reggae artists including Max Romeo, Pablo Moses and Peter Tosh, the band blends an eclectic style of Afro Reggae, Ska, Rock, Drum’n’Bass, Dub and traditional Balkan music that electrifies audiences and fills the dance floor in minutes. Having just returned from two hugely successful tours of Greece and Switzerland, Teeth’n’Tongue Jam are ready to release their first album along with two video clips that will showcase their signature style and musical diversity.
The bands eagerly anticipated first album entitled «Share a Vibe» is scheduled for release December 2018 and will be preceded by a tour of the same name that kicks off in Switzerland on the 30th of November 2018. The album is mixed and mastered by the legendary Jim Fox known for his work with Israel Vibration and Groundation. Many exciting collaborations are in the pipeline for the band including upcoming projects with Joe Pilgrim, Dub Spencer & Trance Hill, Mountain Dub and Groundation to name a few.
Teeth’n’Tongue Jam’s current line-up consists of lead singer and guitarist Lasha Rukhadze, guitarist David William Pendleton, bass player Robert Bilic, saxophonist Daniel Ypsilon Meyer, Nathan Solothurnman on keyboard, drummer Carl Frederik Rechsteiner and Nikolaos Chatzakis providing mixing and dubbing. As well as being a mixture of musical genres, the band is also a mix of nationalities with each member, past and present, bringing their own musical influences and unique vision to the band.
One of Teeth’n’Tongue Jam’s greatest talents is the ability to absorb different musical influences from every corner of the world and turn them into something fresh and unique. The band has played everywhere from the beaches of Greece to the festivals of Switzerland and even a jail in the West African country of Burkina Faso. Along with the creation of a new genre of «feel-good» music, Teeth’n’Tongue Jam have carved out their own musical niche that has won over audiences across Europe and helped make the band one of the most exciting new bands of 2018.
more info: promo.tntjam.com

Registered since over 3 years
Last login on 8 December 2021