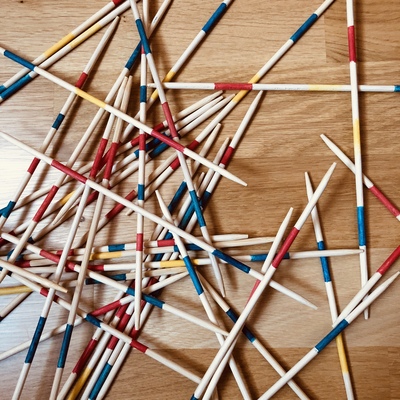 Rock, Vaud – Telespace started out as a solo project by Sorin, a Transylvanian-born multi-instrumentalist. He was later joined by Ampeg fridge lover J-M on... Read Biography

Telespace started out as a solo project by Sorin, a Transylvanian-born multi-instrumentalist. He was later joined by Ampeg fridge lover J-M on bass, occasional bellboy Will on guitar and synths, Balkan-savvy Ivan on drums and synths. Eventually, keyz whizz Sylvain joined in 2019.
Space stands for otherworldly, psychedelic soundscapes generated by vintage synths and effect-laden guitars, while pop teleports them back on earth with a love for tribal grooves, earworm tunes, and catchy counterpoint. That simple.
First tracks were released digitally in spring 2016, with Sexual Tension and its follow-up A Click Away showcasing the band’s inclination for unlikely tele-encounters (Buxtehude meets Lalo Schiffrin, Messiaen getting along with Supertramp, that sort of thing).
The same tracks were featured as a double-A side on the debut 7” vinyl & cassette single, released in December 2016.
A year later, all original demo tracks were finally made available online, as a Christmas calendar (sort of) release.
After a one-year hiatus, Telespace returns with new tracks due for release on a monthly basis, starting September 2019.
We hope to meet you at our shows next year. Ciao for now.

Registered since over 4 years
Last login on 26 April 2020