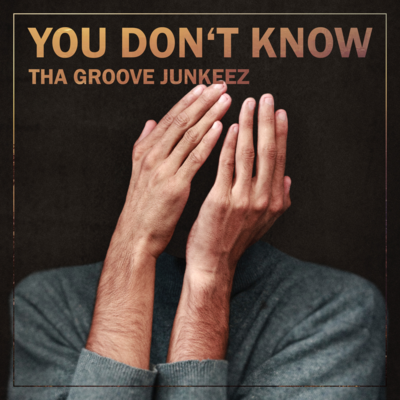 2003
After djing each one by himself during ten years they decided to establish the DJ Team „THA GROOVE JUNKEEZ (TGJ). The concept – A back 2 back DJ performance with live MC. Ever since then they are playing in the hotest clubs and events in Switzerland, Austria and Germany as well as at exclusive events abroad. To point out some highlights, there was for example THE KRESS Club in Hollywood Los Angeles (USA), Nachtschicht Hard (A), Top 10 Singen (D), OXA Zürich (CH), ENERGY Zürich (CH), Extravaganza Zürich (CH)....
2008
TGJ launched their own music studio and started to produce their first own beats. In the same year they had the honor to work at the project „Living Your Dream“, a project of Al Walser & Jermaine Jackson (LA/USA), which was dedicated to his brother Michael Jackson.
2009
The first singles came out on ZYX Music & iMusican Digital. In December 2009 TGJ signed a record label contract with the Swiss music label and distribution Diamond Production.
2010
In summer 2010 the song „Flying Away“ was published. This piece arose out of a collaboration with producer Al Walser (LA/USA). They achieved with this song a top 10 position in the Swiss Dance Charts. The music video was broadcasted during 6 month on channel SF1 in the program Musicnight.
Also the Swiss Star DJs like CHRISTOPHER S. and MR. DA-NOS became interested in the DJ team TGJ. Mr. Da-Nos placed the tune „Tha Groove Junkeez - Tu Tu Tam“ on his album „World Tour - Sydney“ and Christopher S placed „Flying Away“ on both of his albums „ENERGY – House 2010“ and „Fuck The DJ! – Part 3“.
2011
On the 27th of Mai 2011 the debut album of Tha Groove Junkeez named „First Contact“ was released. In fall 2011 TGJ were asked to produce the remix of a song from Mr. Da-Nos, which was nominated for the Eurovision Song Contest. The song is named „Lass Dich Gehen“ and is played regularly on Radio 105 and different online radios.
2012
Trough the international networking with other artists and producers, TGJ are going to realize multiple networking projects. There are going to be not only remix releases but also some own tracks. The latest project „Liquor Shop“ is a collaboration with artists from Spain, Austria and Switzerland, which was released 2013.

Registered since about 10 years
Last login on 9 September 2019