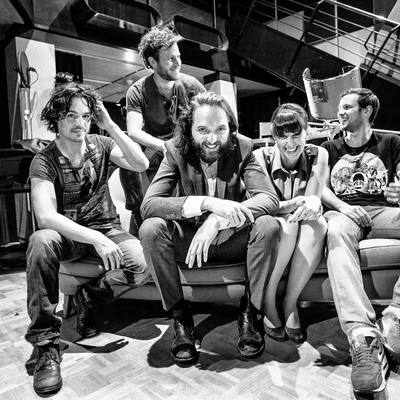 After six years spent off the grid, 7-piece Swiss act The bianca Story returns with a new record, the fifth of its already rich discography. Fata Morgana is a dense indie rock album, a luminous pop effort: a bold statement that could just very well be the perfect conclusion of a year that’s been somehow… uncertain.

In 2013, The bianca Story released their fourth album «Digger» through a massive crowdfunding campaign (the largest sum ever collected for music in Europe on the platform to this day), a year later they wrote «Gilgamesh must die! », an ambitious work at the crossroads of concert and theater play and performed over 25 shows including an opener at the prestigious Deutsche Oper in Berlin: two unquestionable ways of asserting that the Basel based band knew how to seize the moment and the current state of mind of their environment. Then they went on a long, ruminating silence. And the world did what it does best: it slowly crumbled. 2020 came, 2020 happened and just as we were about to seal the deal and wait in vain for the next one to come, The bianca Story returned from their pause, out of nowhere, and delivered a 12-track, firm statement made of what they do best: solid indie rock music with thrilling pop arrangements.
From the very first verse to the final chords, Fata Morgana quietly flows upward, drags us down a soft slope, ease our pains through skillfully orchestrated pop-folk ballads («Hope There Is», «Nur 1 Gefühl», «Morgana»…) and indie rock anthems («Young Born & Innocent», «Fly», «Hunted Hunters»…), as if the band never really stopped playing. Eventually, it just feels like catching up with an old friend; these have been rough times for sure and we all need to unload, speak out, listen, look ahead. The bianca Story’s new effort does it all. It’s soothing. It is pure consolation that makes us want to join Anna Gosteli and Elia Rediger in singing «I hope there is hope/ hope there is» like an eternal, entangled prayer that opens new horizons.

Registered since about 16 years
Last login on 5 January 2021